Skip to main content
Breaking News |
Tortuga, Candlestone Ink Media & Jamaican diaspora support CPFSA
Cayman's second Noah's Ark flight was a zoo of an adventure
RCIPS provides assistance at the Sunrise Adult Training Centre
With all negatives yesterday Cayman's positive test rate is going down
Travellers to Sister Islands to make test appointments 3 days before
George Town man arrested on suspicion of cocaine offenses
US visas resume for Cayman students amid legal battle in the US
Five reasons why we all need to get back out with the stingrays
You can finally learn how to improve food security in YOUR community
CCMI looks at two decades of reef resilience 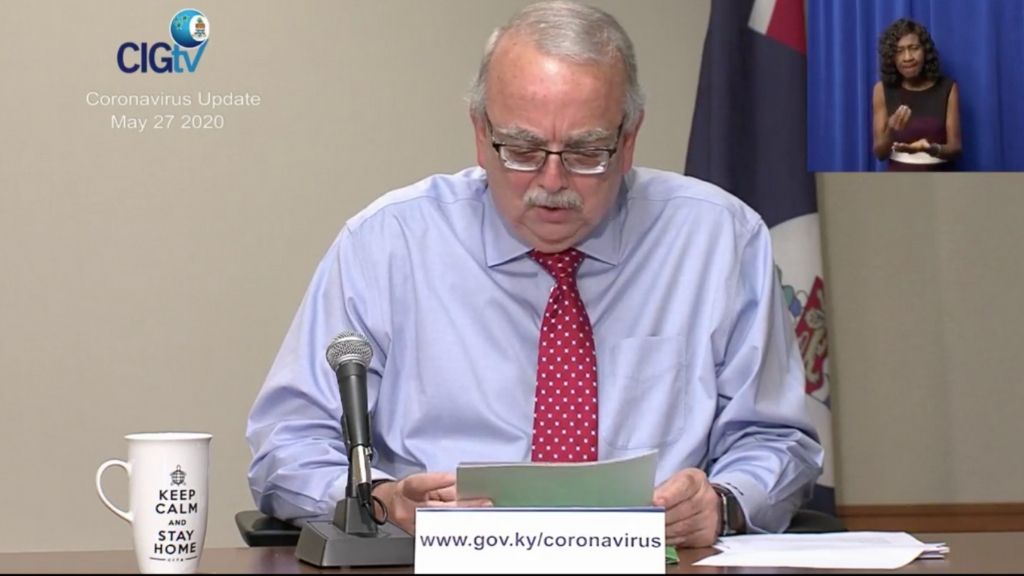 “It is really disheartening for me to say that or share that but that is the stark reality of what we are likely to face going forward,” said Roy McTaggart, Minister for Finance and Economic Development, of the grim economic picture that was painted of the post-COVID economy of the Cayman Islands at this afternoon's coronavirus press briefing in Cayman.

According to the minister, at the end of 2019, Cayman’s economy was thriving and growing at a rate of 3 per cent per annum. This growth was being led by construction, which was experiencing growth at about 6 per cent and hotels and restaurants, which were growing at 5.3 per cent. Inflation was at 5.7 per cent and unemployment was at 3.5 per cent at the time. This state of economic affairs continued until February.

With the impact of COVID-19, in the best case scenario looked at by the Economics and Statistics Office (ESO), the economy will reopen by the beginning of July 2020. This scenario also assumes a small influx of visitors beginning in October 2020.

Under these scenarios, GDP is projected to contract by 11.4% with the unemployment rate rising to 11.6%.  The number of displaced jobs is estimated at 8,859 (or an unemployment rate of 18.7%), of which 2,772 would be Caymanian jobs. The scenarios are conditioned on the gradual return of visitors (less than 20% of normal visitor levels that usually prevails at the high tourist season) beginning in the last quarter of 2020.

If international developments prevent the arrival of visitors to Caymanian shores for the rest of this year, then based on these economic projections, Cayman would see a further uptick in the unemployment rate and a further contraction in the ability of residents to earn money. Under this scenario with a July 2020 lifting of most domestic restrictions, the income earning capacity (GDP) of the Islands is projected to contract by 12.2% with the unemployment rate rising to 12.3%.

Despite a sharp uptick in food and medical/sanitary goods inflation for the first quarter of 2020, a reduction in non-food demand coupled with a decline in international commodity prices – including oil prices - is expected to relieve inflation pressures for the year. The global demand is expected to remain subdued for non-food items over the short term, especially in our source markets. In addition, locally,  downward pressure on housing rental is expected as displaced ex-pats exit our shores, lower transport costs due to lower cost of fuel, and with the halt in visitor arrivals pushing domestic accommodation prices downwards. Consequently, these factors combined are projected to exert downward pressure on the average inflation rate to 0.4% in 2020, compared to 5.7% for 2019.

Caribbean Food security can come from within