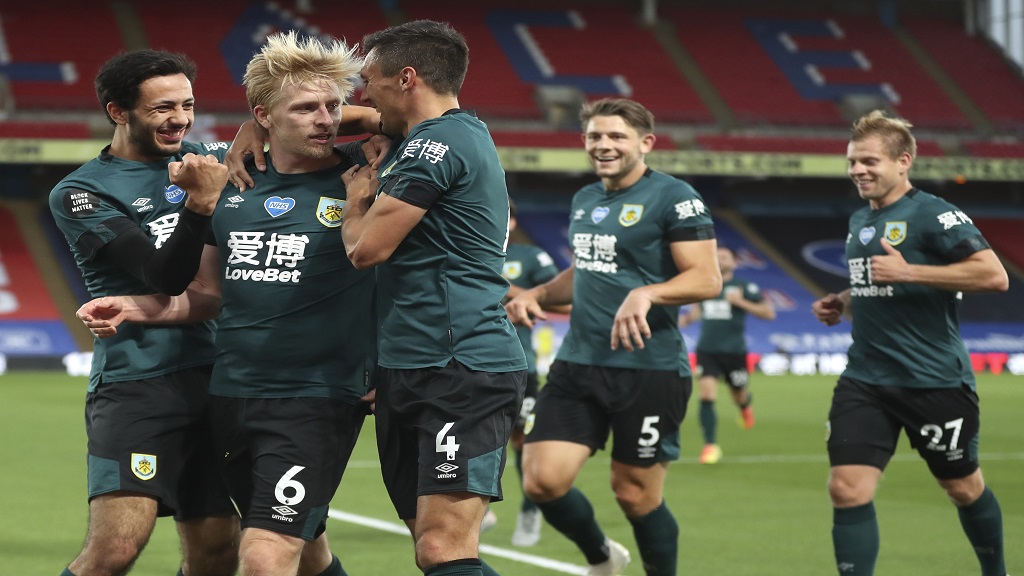 Ben Mee marked his 300th league appearance for Burnley by clinching a 1-0 victory at Crystal Palace on Monday and keeping his team in an unexpected push for European qualification.

A three-year wait for a goal ended for Mee with a header from Ashley Westwood’s free kick in the 62nd minute, moving Burnley up to eighth in the English Premier League — seven points from the Champions League places with six games to go.

Burnley was without Jay Rodriguez — the match-winner against Watford on Thursday — and due to a lack of options Sean Dyche could replace him with only defender Erik Pieters.

“Coming into the night with a depleted squad, with only one senior boy on the bench, and playing like we did tonight, it shows the character, it shows we’re together," Mee told Amazon Prime. “To get a goal is nice. I’ve had chances cleared off the line or good saves so it’s nice to finally get one in.

"It wasn’t a great ball from Westy (Westwood), it wasn’t what we worked on but you’ve got to make the best of it!”

Speculation over Dyche’s position continues as the manager said “the dynamic of the club has changed somewhat” during the 100 days of lockdown.

“It’s been interesting to compute and to make sense of,” Dyche said. “But you saw a group tonight fully motivated, as am I.”

Palace remained 11th after losing at an empty Selhurst Park due to the coronavirus pandemic.

“We didn’t play anywhere near as well as we wanted,” Palace manager Roy Hodgson said. “We were better in the second half but unfortunately we conceded a goal from a set play, a goal we were disappointed to concede, and then we’re fighting an uphill battle against a well-organized side.

“We need goals but at the moment we don’t have an awful lot of front players to choose from and if they get injured it becomes more difficult.”