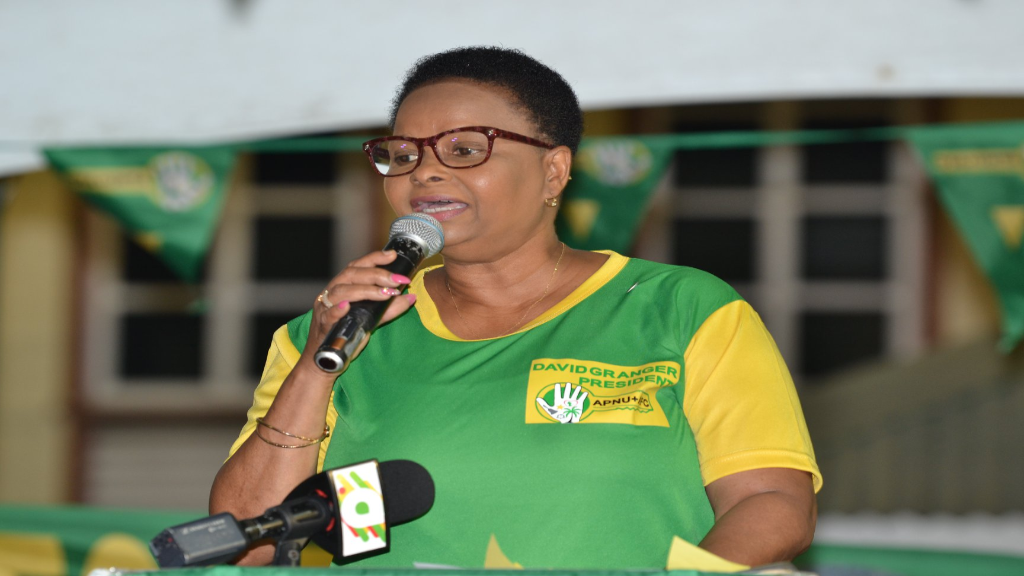 Minister of Health Volda Lawrence Photo: A Partnership for National Unity+Alliance For Change

Guyanese Minister of Health, Volda Lawrence has said that Guyana risks returning to the days of racial division if the ruling A Partnership for National Unity+Alliance For Change (APNU+AFC) is not re-elected on March 2.

Lawrence made the comment as she addressed party supporters at a political meeting in Kitty Market Square, Georgetown on Sunday night.

“Over these last four-plus years, one of the things that Guyanese have longed for is to have unity,” she said.

She said the ministry “was set up so that we can be able to tear down the walls of racism in this country and stop looking at each other differently especially when it comes to elections time.”

“We have seen bridges, roads, water. People are bathing in their bathrooms for the first time. We know there is more to be done and we also know that Rome was not built in a day,” Lawrence stated.

She added that the APNU+AFC must be given a clear mandate to take Guyana forward.

Caribbean countries going to the polls in 2020