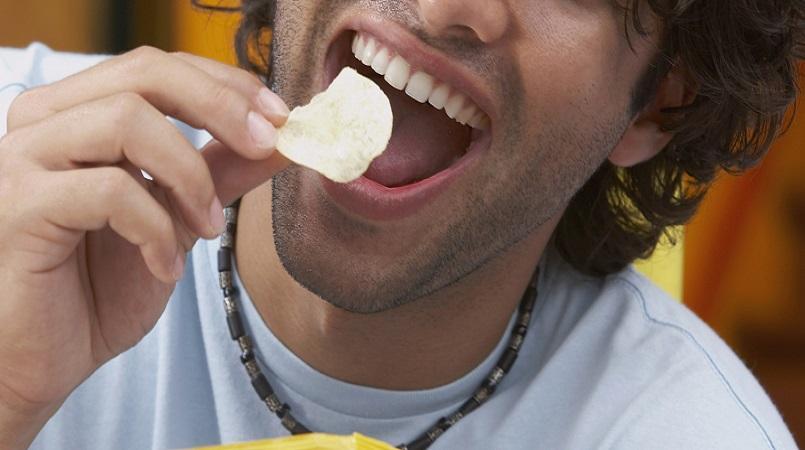 The condition, misophonia, is far more than simply disliking noises such as nails being scraped down a blackboard.

"I feel there's a threat and get the urge to lash out - it's the fight or flight response," says Olana Tansley-Hancock, 29, from Kent.

Olana developed the condition when she was eight years old. Her trigger sounds include breathing, eating and rustling noises.

She told BBC News: "Anyone eating crisps is always going to set me off, the rustle of the packet is enough to start a reaction.

"It's not a general annoyance, it's an immediate 'Oh my God, what is that sound?' I need to get away from it or stop it'.

"I spent a long time avoiding places like the cinema. I'd have to move carriages seven or eight times on 30-minute train journeys, and I left a job after three months as I spent more time crying and having panic attacks than working."

Scientists, including Olana, at multiple centres in the UK scanned the brains of 20 misophonic people and 22 people without the condition.

They were played a range of noises while they were in the MRI machine, including:

The results, published in the journal Current Biology, revealed the part of the brain that joins our senses with our emotions - the anterior insular cortex - was overly active in misophonia.

And it was wired up and connected to other parts of the brain differently in those with misophonia.

Dr Sukhbinder Kumar, from Newcastle University, told BBC News: "They are going into overdrive when they hear these sounds, but the activity was specific to the trigger sounds not the other two sounds.

"The reaction is anger mostly, it's not disgust, the dominating emotion is the anger - it looks like a normal response, but then it is going into overdrive."

There are no treatments, but Olana has developed coping mechanisms such as using ear plugs.

She also knows caffeine and alcohol make the condition worse, "which is rubbish".

"But I have a relatively mild case and am still able to have a job, I know a lot of people who aren't able to have that, I feel quite fortunately really," she said.

It is still not clear how common the disorder is, as there is no clear way of diagnosing it and it was only recently discovered.

Ultimately, the researchers hope, understanding the difference in the misophonic brain will lead to new treatments.

One idea is that low levels of targeted electricity passed through the skull, which is known to adjust brain function, could help.

Tim Griffiths, a professor of cognitive neurology at Newcastle University and University College London, said: "I hope this will reassure sufferers.

"I was part of the sceptical community myself until we saw patients in the clinic and understood how strikingly similar the features are.

"We now have evidence to establish the basis for the disorder through the differences in brain control mechanism in misophonia."

This is why you should have enough sleep