Mixed feelings from coaches in Concacaf U17 Women's opener 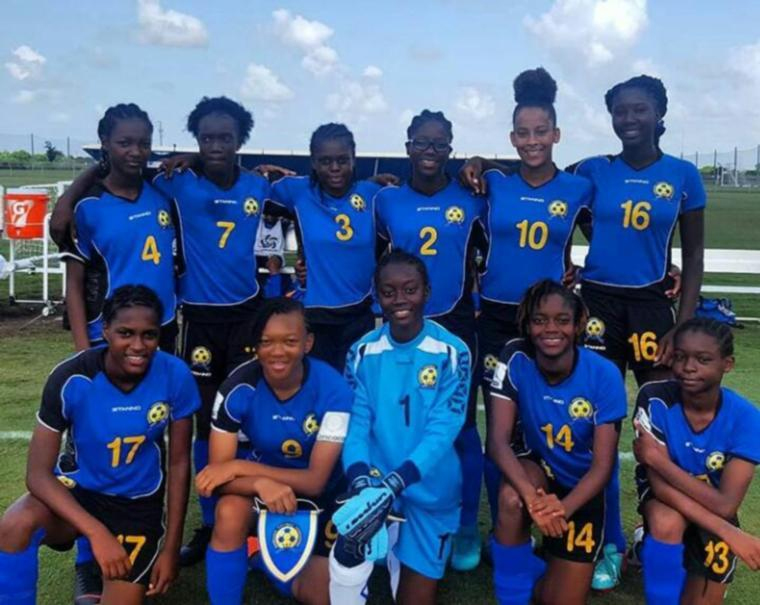 Barbados' Under 17 Women's team - the Tridents

The first round qualifiers for the Concacaf Women’s U17 Championship kicked off on Wednesday across the region.

Barbados, the host of Group C, which includes St Kitts & Nevis, United States Virgin Islands (USVI) and Belize, got their campaign going with a well-earned point in their opening encounter.

The lady Tridents came from behind to draw 1-1 with Belize; who took the lead in the 56th minute courtesy of Jeselle Conorque goal.

However, Barbados displayed persistence, passion and pride to level the score in the 78th minute via Asha Stevenson’s penalty kick.

Coach of the Barbados team Richard Forde believes the qualities displayed were admirable and a key to the final result and with improvement in some other critical areas, success is imminent.

“One of the reasons I’m really proud of this team is, we showed heart and we showed guts.

All we need now is to work on is the technical aspect of these girls and their confidence”, Forde Said.

Confidence was not an issue for the Belizean camp, head coach Wayne Casimiro said his team was full of belief going into the encounter and was expecting to take maximum points in their opening game.

However, he respected the nature of the game and the grit of his opponents, leaving him with mixed feelings about the 1-1 draw despite dominating for the majority of the game and striking the post several times.

“We dominated the first half. I went back with the same line up (in the second half). Probably the energy went down in the second half and I probably could’ve changed to another system but I stuck to what I had and it played out a bit on the negative side for us”, said Casimiro.

The fitness levels of both teams were questionable as in the latter stages a number of players went down due to cramp or injury, however, both coaches said there are of no major worries and the players will be fit for their next encounters on Friday; Belize versus USVI and Barbados up against table leaders St Kitts & Nevis at the Barbados Football Association (BFA) Wildey Turf at 4:30 p.m. and 7 p.m. respectively.