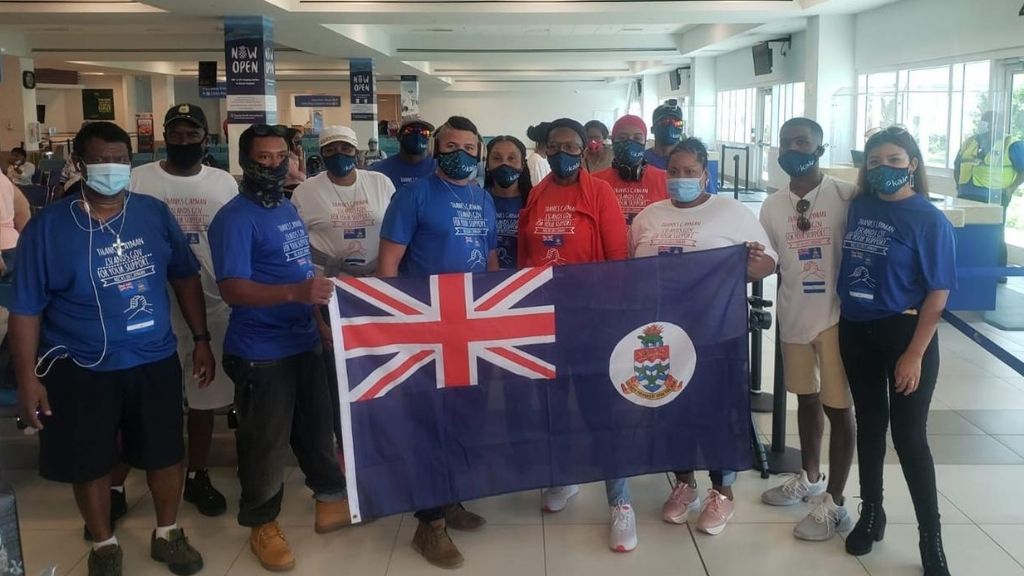 Sixty-six Nicaraguans-- 31 men and 35 women-- who were stranded in the Cayman Islands since March finally arrived in Managua at 10.35 this morning on Cayman Airways flight KX 3070.

Nicaragua's Ministry of the Interior has since issued a statement, confirming the return of the migrants.

The Daniel Ortega regime authorized the entry of a Cayman Airways repatriation flight today, under the condition that the nationals present a negative COVID-19 certificate. The Government of the Cayman Islands facilitated the testing and provided the group with tickets and local transportation, which were kindly paid for by donations from the R3 Cayman Foundation and another anonymous donor. Travel Time worked to ensure that the passengers had all the paperwork in place in order to travel.

"Due to the COVID-19 pandemic, Nicaragua closed its borders back in April, just one day before a specially-organised flight was due to depart Grand Cayman," said Governor, Martyn Roper. "That was a very frustrating situation. Since then my office has been in regular contact with the government and recently received permission for a flight to operate."

A statement released in April by Cayman Airways read, "The Nicaraguan Government closed its borders indefinitely as of today, and as a result, the repatriation flights scheduled to depart Grand Cayman for Managua this Saturday April 18, 2020, have been cancelled."

This abrupt closure of borders left 160 Nicaraguans unemployed and homeless, forcing them to rely on support from throughout the Cayman community, including Cayman ARK, the Food Bank, local supermarkets and restaurants.

Upon arrival at the Augusto C. Sandino International Airport, the group was required to present their negative COVID-19 PCR test certificates; they were checked for fever and respiratory symptoms related to the virus and were placed under a 14-day home quarantine.

This has not been the only case in which Nicaraguans were denied entry into their home country during the crisis. Last week, 200 Nicaraguan migrants were stranded at the border of Costa Rica and Nicaragua, because the Ortega government  demanded negative test results as a condition of their entry, but the migrant workers who had lost their jobs, were unable to afford the cost of the tests.

Costa Rican NGO's stepped in to provide food while Clinica Biblica Hospital in the capital of San Jose sent a mobile lab to the Penas Blancas border crossing to conduct free testing on the migrants.

The Nicaraguan Association for Human Rights (ANPDH) called on international migration and human rights organizations to intervene in the “migration crisis” of stranded Nicaraguans-- from Dubai to Panama, El Salvador, Honduras and the Caribbean, as well as others who were aboard cruise ships.

The Ortega government's failure to facilitate the repatriation of or take care of its stranded citizens since the onset of the pandemic has received a great deal of criticism from the international human rights community.

Fights to resume in Nicaragua because 'boxers have to eat'

Cayman: Information on travel to Nicaragua, Canada and the UK