Mottley says decisions need to be made to halt climate change 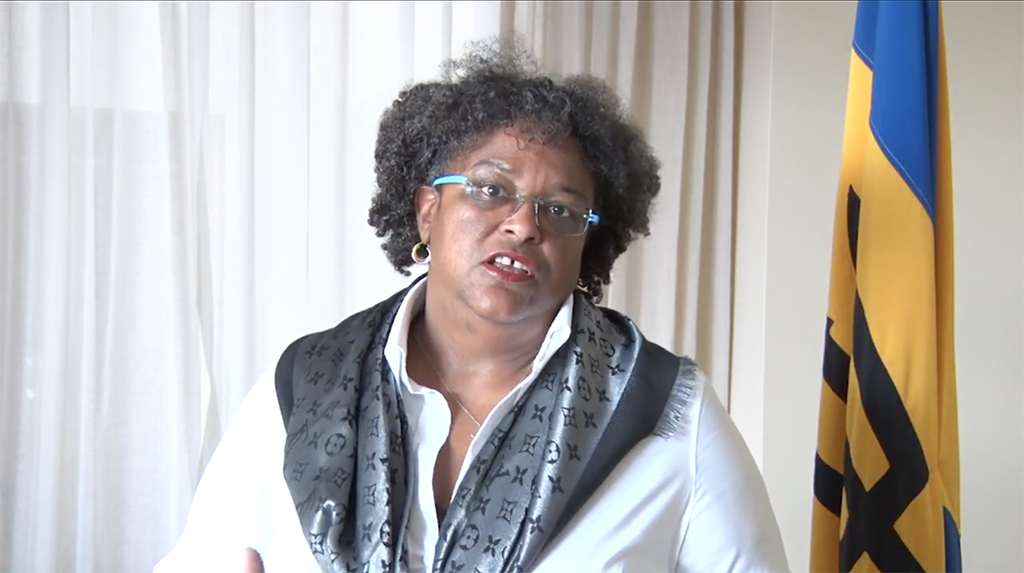 Prime Minister Mia Amor Mottley says the world must be prepared to make decisions and apply the resources necessary to halt and reverse climate change.

Delivering the keynote address at the International Trade Centre’s Trade for Sustainable Development Forum in Geneva, she noted the world must not begin to believe that it is a victim of climate change.

“At the same time, we need to recognize that when countries are forced to borrow with limited fiscal space already, they then are victims of an international capital market that will render negative judgments on their credit rating, such that they then are in a vicious cycle that they cannot get out of,” she stated.

The Prime Minister said the Caribbean is on the frontline of climate change and its development opportunities were being stolen because of its absolute necessity to fight the battle. She added that it was critical that the voices of non-state actors and citizens across the world, including young people, join the fight because climate change would not only affect coral islands but coastal cities eventually.