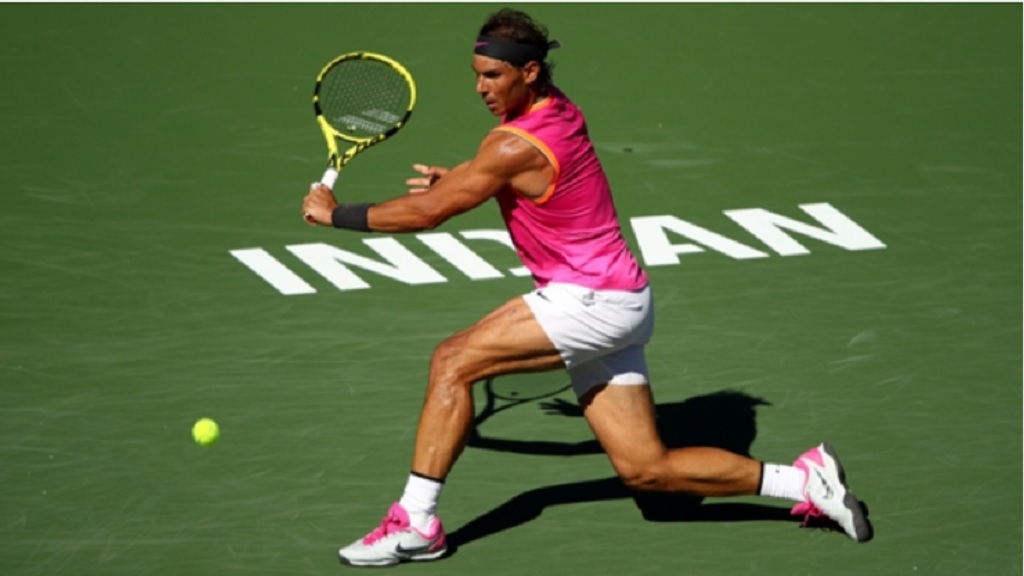 Rafael Nadal and Roger Federer eased through as Novak Djokovic departed on a day of upsets at the Indian Wells Masters.

Nadal and Federer were untroubled in comfortable third-round wins over Diego Schwartzman and Stan Wawrinka respectively on Tuesday.

But Djokovic, who shares the record for most titles at the ATP 1000 event with five alongside Federer, was stunned by Philipp Kohlschreiber.

The world number one was joined by Kei Nishikori and Marin Cilic in suffering a shock loss.

Nadal improved to 7-0 against Diego Schwartzman courtesy of a 6-3 6-1 thrashing.

The Spaniard is a three-time champion at Indian Wells, but the last of those titles came in 2013.

Federer continued his dominance over Wawrinka with a straightforward 6-3 6-4 victory.

The 20-time grand slam champion made it 22 wins in 25 clashes against Wawrinka, who was below his best in a loss in under an hour.

In a clash pushed back due to rain, Djokovic went down to German veteran Kohlschreiber 6-4 6-4.

Djokovic had won eight of his previous nine clashes against Kohlschreiber, who claimed his first victory over the Serbian since 2009.

Elsewhere, Hubert Hurkacz upset Nishikori 4-6 6-4 6-3 to set up a meeting with Denis Shapovalov.

John Isner and Karen Khachanov secured wins to set up a fourth-round clash.