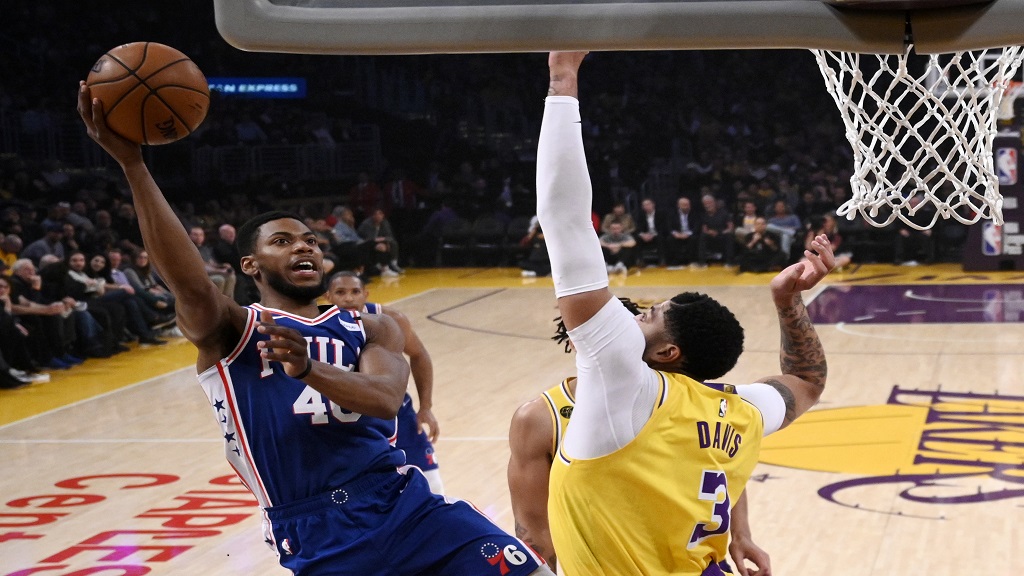 The Los Angeles Lakers powered past the Philadelphia 76ers in the NBA, while Caris LeVert starred for the Brooklyn Nets on Tuesday.

Anthony Davis and LeBron James had double-doubles in the Lakers' 120-107 win over the 76ers.

LeVert produced a career-high 51 points as the Nets upset the Boston Celtics 129-120 after overtime.

The 25-year-old scored 26 points in the fourth quarter and 11 in OT as the Nets came from behind after trailing by 17 through three quarters.

Jaylen Brown had 22 points for Boston, while Kemba Walker finished with 21 but went six-of-16 from the field.

Zion Williamson had 25 points and eight rebounds, but the New Orleans Pelicans fell to the Minnesota Timberwolves 139-134.

The Golden State Warriors beat the Denver Nuggets 116-100, but Damion Lee went one-of-nine from the field for just four points in 33 minutes.

Flying with a 52-9 record, the Milwaukee Bucks host the Indiana Pacers (37-24) on Wednesday.