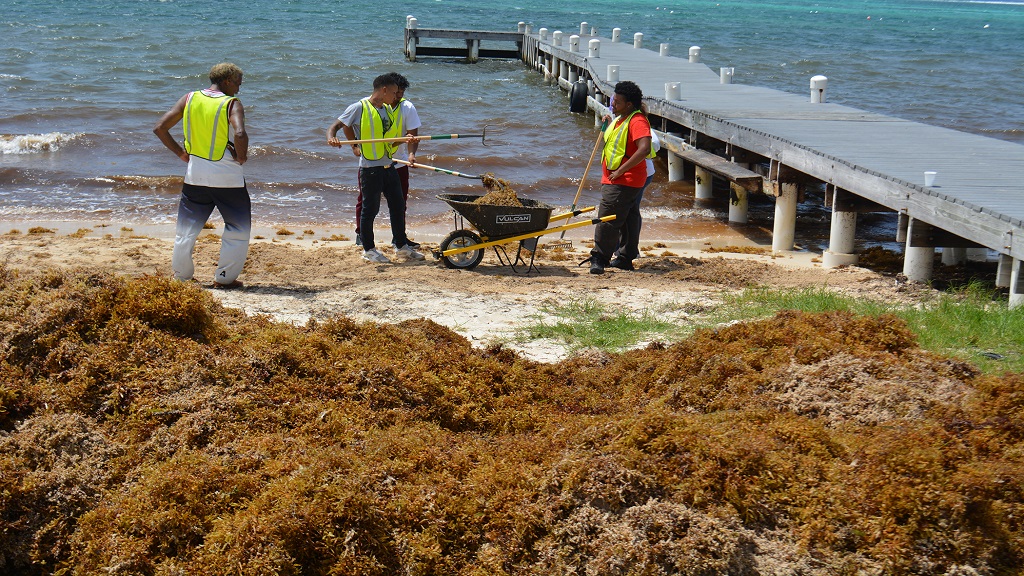 The project may have ended but a team of National Community Enhancement (NiCE) Project workers have been retained for a further stint of sargassum clearing.

Such is the severity of the smelly seaweed plaguing the Caribbean that the Minister for Commerce, Planning and Infrastructure, Hon. Joey Hew decided to keep on several of the workers.

Speaking in the Legislative Assembly last week, he revealed that following the completion of this month's initiative from July 8-19, more than 200 tonnes of sargassum had been collected from Cayman's beaches.

“While the crews were able to clear and maintain the beaches free from sargassum on some occasions, we recognise that this is an ongoing situation which will require continuous effort,” Minister Hew explained.

“Consequently, the Ministry of CPI has decided to extend the NiCE programme for a further two weeks as part of a pilot programme which will involve a small crew with additional equipment. This approach will assist us to better assess the resources required to manage the problem.”

Minister Hew reiterated that a National Sargassum Plan was being developed by to resolve the phenomena. He mentioned that a multi-agency task force had been headed up by his Ministry to review the issue, and that information was being gathered and assessed to map a way forward.