No matter where you come from, the love for guavas is real! 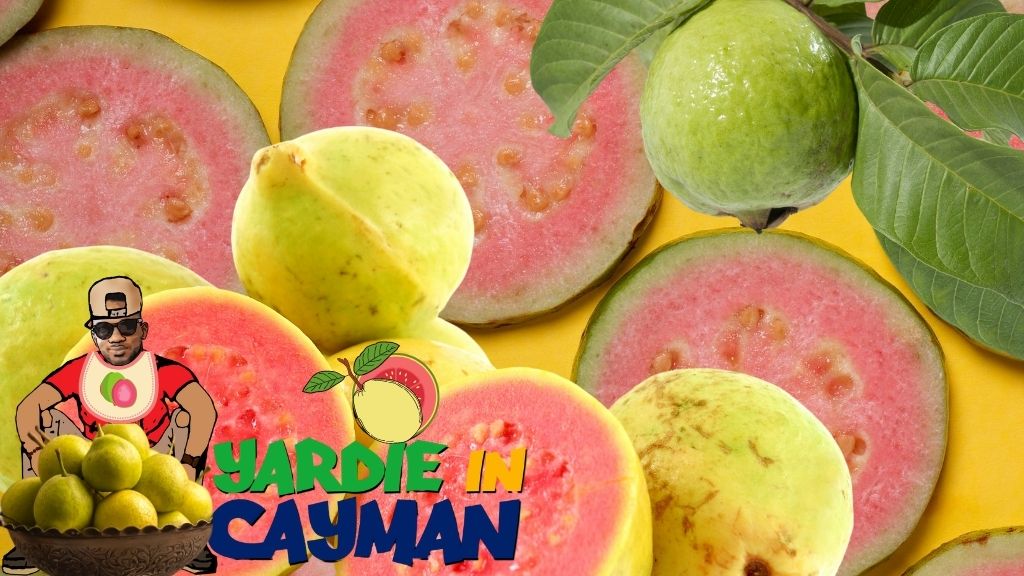 The sound of a Cayman guava falling to the ground in August immediately brings me back to my childhood.

I used to spend summers in Skibo, a small rural district in the parish of Portland, Jamaica. My cousin Booie was a farmer and would bring me along for the long walk to take his goats out to pasture. This walk would take us across a river and through a never-ending orchard full of what seemed at the time like every type of fruit tree known to man.

Listening to the sound of fruits falling from trees and crashing through leaves became a guessing game that Booie almost always won.

We continued like this for miles. But there was one boof that always sent me scurrying through the bushes-- the beautiful sound of a guava hitting the wet Portland turf.

Called Guayabo by the Arawak natives, guavas (Psidium guajava) are best when they are ripe and the exterior is still firm. The flesh can come in a variety of colors although the ones I grew up with were pink. The perfect guava strikes a delicate balance between sweet and tangy and might even have a slight crunch, particularly when you bite through the seeds.

Guavas are usually eaten raw and can be incorporated in fruit salads. In Cayman I’ve seen guava used to make jams, jellies, juices and even as salad dressing. Although Guava originated in Mexico, Central America, South America and the Caribbean region, guava dishes can be found in almost every cuisine in the world.

Filipinos in Cayman can use guavas in Sinigang, one of their more popular dishes known for its sour and savory taste.

Indians in Cayman can enjoy a freshly picked guava with masala as a cultural treat.

India is known to cultivate several varieties of guava. The 1.269 million mi² country is the world’s largest producer of guava, accounting for some 40 per cent of all guava produced.

Guava is so packed with nutrition, including vitamins A and C, omega-3 and -6 polyunsaturated fatty acids and dietary fibre, that it is known as a superfruit. Health benefits include lowering blood pressure, improving eyesight, lowering blood sugar levels and cancerous cells, promoting fertility and relaxing muscles and nerves. (Tridge)

Bush or herbal remedies often make use of guava leaves, known to have medicinal properties, in the form of tea.

Guava seeds are sometimes pressed to make guava seed oil which is used for cooking or even as moisturizer for the skin.

The flesh of the red guava can be used as a substitute for tomatoes, especially to reduce acidity.

At the end of the summer, which is peak of season, I am reminded that my guava love is real.

I no longer live in the countryside where I can listen for the sound of guavas falling to the earth, but lucky for me, guavas are among the few tropical fruit trees that can grow to fruiting size in pots indoors.

I see this as an example of nature returning my undying love!

Botanical Roots: Why you should eat guava