No thought for their own safety: Hero students disarm gunman 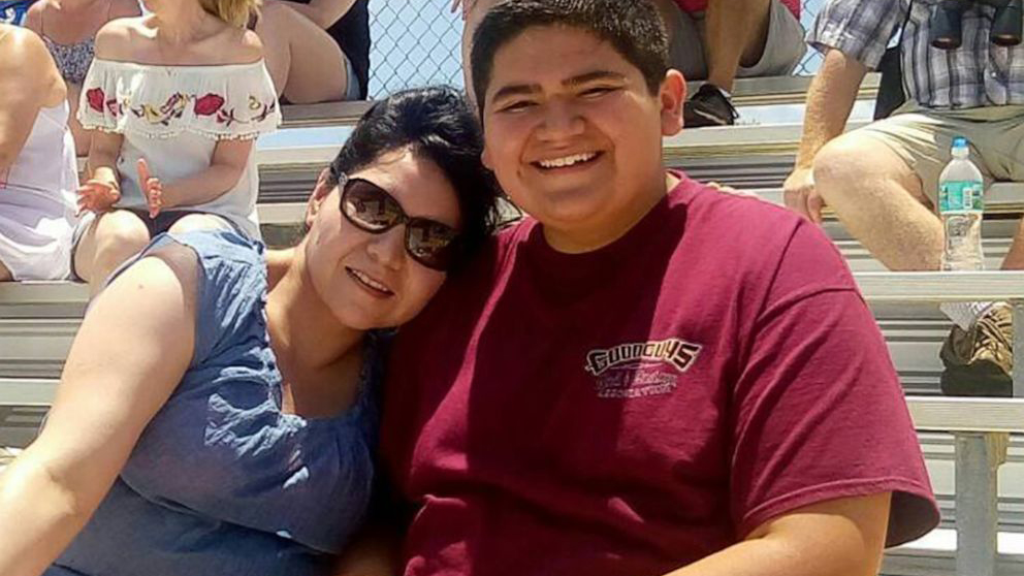 The three students who disarmed a gunman in a Colorado school shooting leapt up from their desks without a word and with no thought for their own safety when they spotted the gun, recounted one of the young men.

They slammed the teenager, a classmate of theirs, against the wall and struggled with him when shots rang out. Kendrick Castillo, who led the charge, slumped to the ground.

His close friend, Brendan Bialy, wrestled the gun away and called out to Castillo. There was no response, Bialy told a roomful of reporters on Wednesday as he recalled what happened the previous day at STEM School Highlands Ranch.

"Kendrick went out as a hero," Bialy said. "He was a foot away from the shooter and instead of running the opposite direction he ran toward it."

Authorities said the actions of Castillo, Bialy and Joshua Jones minimised the bloodshed from Tuesday's attack at the school south of Denver that wounded eight students along with killing the 18-year-old Castillo.

The injured includes Jones, who was shot twice, according to a statement released by his family.

Bialy acknowledged that he was scared, but he said he wasn't going to cower for shooters he repeatedly called cowards.

"They lost," he said of the shooters. "They completely and utterly lost to good people."

The attackers were identified by law enforcement officials as 18-year-old Devon Erickson and a 16-year-old who prosecutors identified as Maya McKinney but whose attorney said uses male pronouns and the name Alec. The two allegedly walked into the STEM School Highlands Ranch through an entrance without metal detectors and opened fire in two classrooms.

Because the attack happened only miles from Columbine High School and just weeks after the shooting's 20th anniversary, questions quickly arose about whether it was inspired by the 1999 massacre. But investigators offered no immediate motive.

A member of the school's robotics club and a relentless tinkerer, Castillo had an infectious smile and gentle sense of humour, according to friends. He worked part-time at a local manufacturing company that had offered him a job after an internship because he was such a standout employee.

"To find he went down as a hero, I'm not surprised. That's exactly who Kendrick was," said Rachel Short, president of the company, Baccara.

Cecilia Bedard, 19, had known Castillo since elementary school and said he was always friendly, modest and excited to help people. He made a point of always joining his father at Knights of Columbus fundraisers and bingo nights.

"He was amazing," Bedard said. "He was honestly the sweetest kid I ever met. Never said a mean joke."

The security guard who detained the second armed suspect was employed by Boss High Level Protection, a company started by a former SWAT team leader who responded to the Columbine shooting. The owner, Grant Whitus, told The Associated Press the security guard is a former Marine who ran to the area of the shootings and confronted one of the armed students in a hallway.

The guard drew his weapon and apprehended the person, Whitus said. "He doesn't even realize how many lives he saved by stopping a school shooting," he said.

Both suspects were students at the school, and they were not previously known to authorities, Spurlock said.

Erickson made his first court appearance Wednesday and kept his head down. His black hair, streaked with purple dye, covered his face as he nodded in response to most of District Court Judge Theresa Slade's questions. At one point, the judge requested a verbal answer to whether he had any questions about the proceedings. Erickson simply replied "No."

McKinney, who has a short brown haircut, made eye contact with the judge and answered questions in a clear but quiet voice, saying "Yes, your honour" and "No, your honour."

District attorney George Brauchler said he has not decided whether to file adult charges but added that McKinney is old enough to be charged as an adult without a judge's review.

Formal charges were expected to be filed by Friday. Brauchler said he could not discuss any motive or weapons used in the attack.

Brauchler said the community remains resilient in the face of multiple shootings, including the 1999 Columbine school massacre, the 2012 theatre shooting in the Denver suburb of Aurora and the 2013 shooting at Arapahoe High School.

The attacks are "aberrant acts" although they might seem otherwise to the rest of the world, he said. "Who we are is a kind, compassionate, caring people, and this does not define us."

Brazil wonders why after school shooters kill 8, themselves