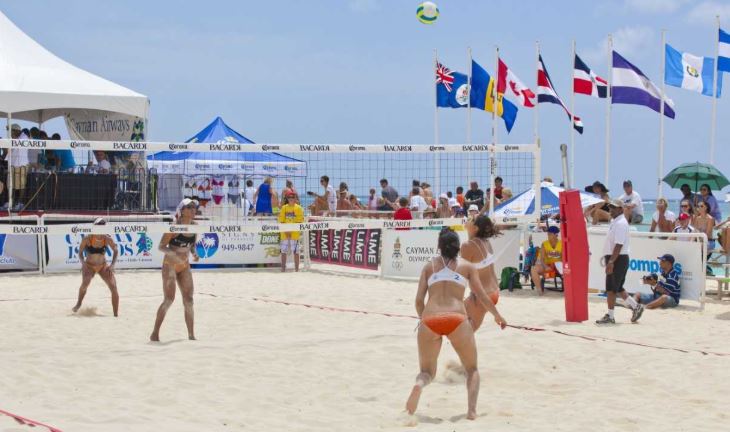 The Cayman Islands Volleyball Federation (CIVF) has announced that it will once again be a host country for the NORCECA Beach Volleyball Tournament.  The competition returns to Cayman after a break in 2018, and will take place from 26 to 28 April at Seven Mile Public Beach.

Cayman will be one of the first stops on the 2019 NORCECA tour, and teams from the USA, Canada and around the region will start their bid to accumulate points in order to qualify for the 2020 Summer Olympics in Tokyo.

“We are so excited to have Cayman back on the NORCECA circuit. This sporting event is popular among the locals and very well attended,” said CIVF President Kennedy McGowan.

“This is CIVF’s 10th year hosting which is a testament to the quality of the event here in Cayman, how well organised it is and the confidence NORCECA has that we will put on a good show.  The players and officials know that they will be treated to the Caymankind hospitality for which we’re world renown, and that the competition will be fierce, fair and fun.  We look forward to welcoming the athletes to our island," added McGowan.