Officials: Ship from T&T arrived in Vietnam with US$35M in cocaine 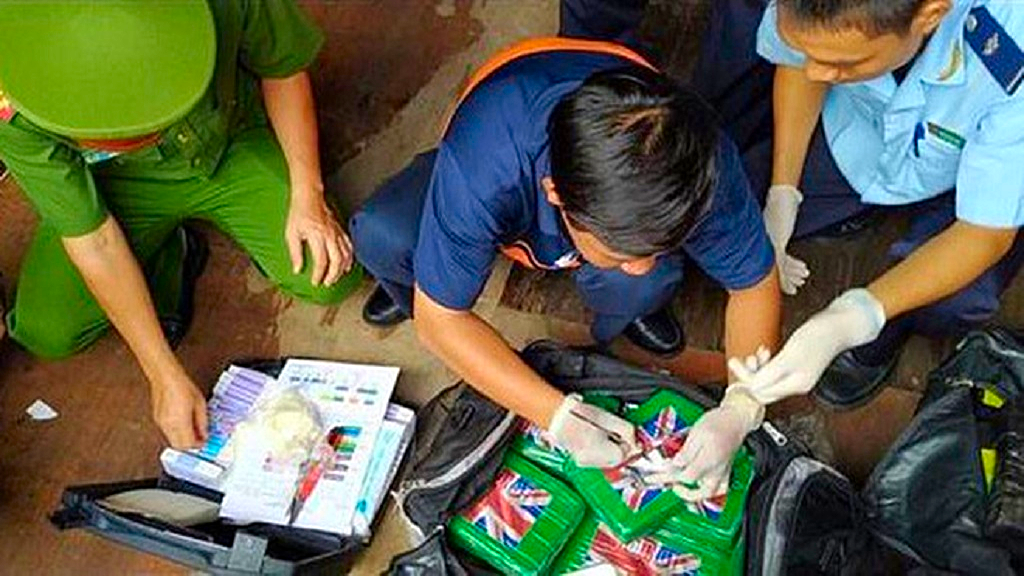 Vietnamese officials are investigating after a  ship which originated from Trinidad and Tobago and arrived in Vietnam was found with approximately $35 million worth of cocaine hidden in a container of scrap metal.

Police in the southern Vietnamese province of Ba Ria-Vung Tau said that this is the largest-ever drug haul in the province.

According to a report by VNE Express, the 17-foot container shipment aboard the Liberia-flagged ship, Mark Shenzhen, arrived at the Tan Cang Cai Mep-Thi Vai Port on July 24.

Customs officials became suspicious and decided to carry out a thorough investigation of the container, where they found four large sacks containing 119 kilograms (262 pounds) of a white powder hidden among scrap steel.

Authorities said according to the logs, the vessel left Trinidad and Tobago’s waters approximately two months ago and docked in Panama for half a month before leaving for China.

The ship then berthed at Tan Cang Cai Mep-Thi Vai Port on Tuesday to offload the shipment then left for Singapore immediately after.

They said the seal on the container, however, did not match documents provided by the shipment's owner.

On Wednesday, Pomina Steel JSC. confirmed in a press release that its subsidiary, Pomina Steel 2, signed a contract for 355 tons of scrap steel from Stamcorp International but denied any knowledge of the cocaine.

The company said it does not import prohibited goods and said it working with the shipment’s owners and the authorities on the matter.