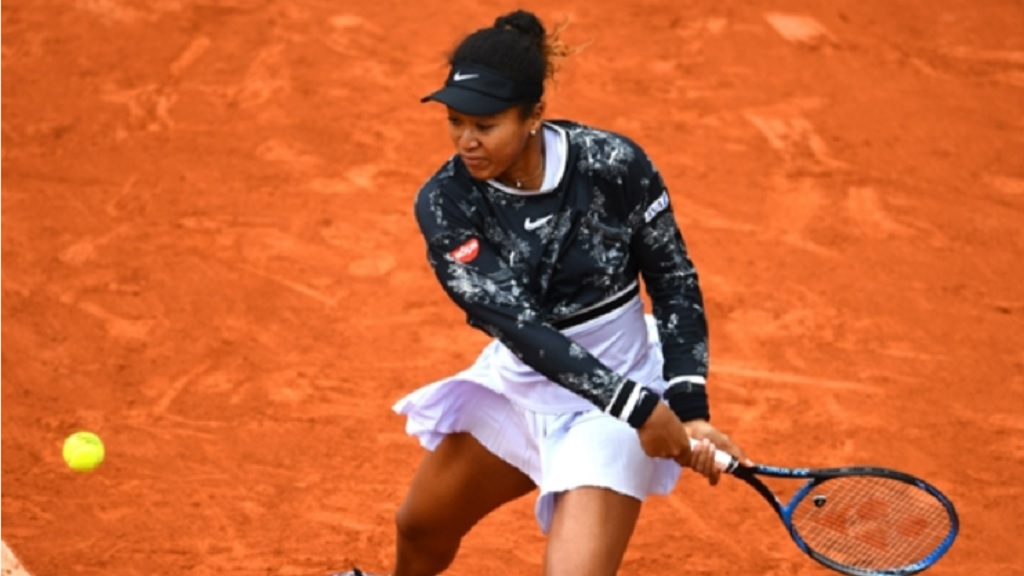 Naomi Osaka plays a shot in the French Open first round.

Naomi Osaka came from a set down to survive a huge scare at the hands of Anna Karolina Schmiedlova in the first round of the French Open on Tuesday.

Osaka is looking to win three successive grand slams, having prevailed at the US and Australian Opens either side of the turn of the year.

The world number one's start could hardly have been any worse, however, as she was bagelled in 20 minutes on Court Philippe-Chatrier.

Her initial response was superb as Osaka surged into a 3-0 lead in the second set, but her momentum was checked by a brief rain delay and she was erratic upon the resumption as she let that lead slip.

Schmiedlova twice had chances to serve for the match but Osaka slammed the door on each occasion and won a tie-break to force a decider in which her superior craft and firepower secured a 0-6 7-6 (7-4) 6-1 victory.

Osaka struggled to find any accuracy with her groundstrokes in a dismal first set that saw her commit 13 unforced errors to Schmiedlova's two.

She won just nine points in the opener, which Schmiedlova wrapped up with an unreturned serve.

A speedy turnaround appeared on the cards as Osaka made a dominant start to the second, but the inclement weather gave Schmiedlova welcome respite and she won five of the next six games to move to the verge of her first top-five win.

Osaka looked beaten with her face in her towel at the subsequent change of ends but immediately broke back and was forced to repeat the feat to save the match for a second time and set up a tie-break.

It was in the breaker where she finally discovered her best, winning it with a precise angled forehand that Schmiedlova could only return into the net.

She then broke for a 2-1 lead in the third with a backhand pass after some magnificent baseline defence in the rally of the match, with the double break sealed via a scorching cross-court forehand.

Schmiedlova's resistance was broken by that point and she sent a forehand into the tramlines to give Osaka a break to love and a hard-fought victory that sets up a second-round meeting with Victoria Azarenka.