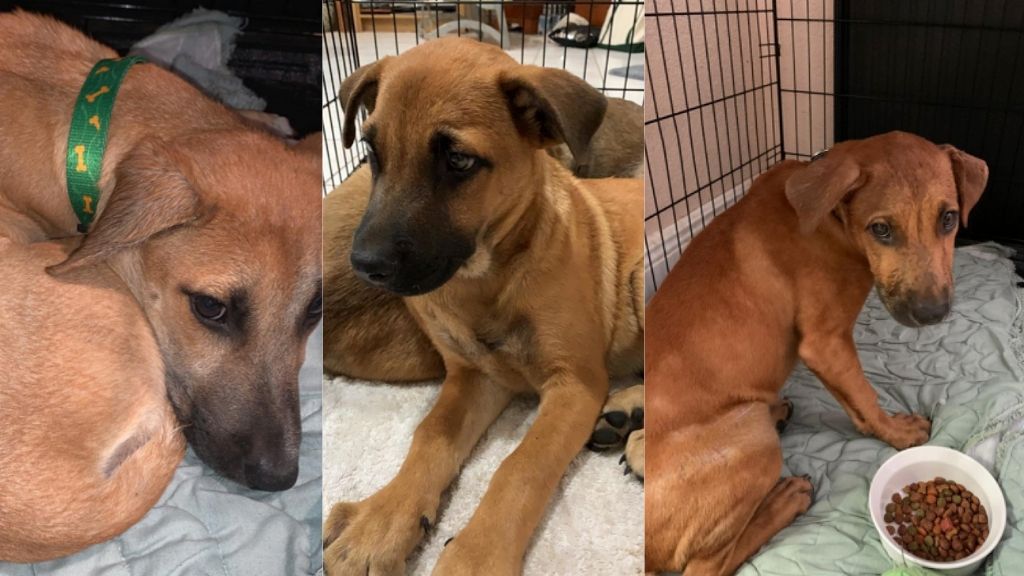 After a frantic phone call on Thursday, five additional pups were welcomed to the One Dog At a Time (ODAAT) family.

The owner of the pups, according to her neighbour, left Grand Cayman on one of the recent repatriation flights, leaving the 5 pups to fend for themselves in the garden, whilst the three adults were let loose onto the streets.

The neighbours, who had been feeding the pups when they realized they had been abandoned,  realized that they could not continue to feed them nor look after them.

The 5 pups, were covered in fleas and were brought to the isolation unit of ODAAT and, after cleaning measures were put in place, the pups were washed, dried, able to have a good meal and relax in the AC. After a full health check, the pups were given dewormers and heart guard tablets and will be vaccinated in the next two weeks.

These four-month-old pups will now be properly looked after and new families have already come forward to foster and adopt them.

ODAAT, still has a variety of older pups and adults available, seeking forever homes. There is also an ongoing concern that with the number of work permit holders leaving the island permanently, there will be a massive upsurge in abandoned pets.

With current numbers of dogs and pups, and the issue of the ODAAT shop still being closed and no fundraising events, except the weekly on-line quiz, ODAAT is desperately seeking additional funds, as well as donations.

Watch: Home Isolation is an opportunity for pet fostering in Cayman