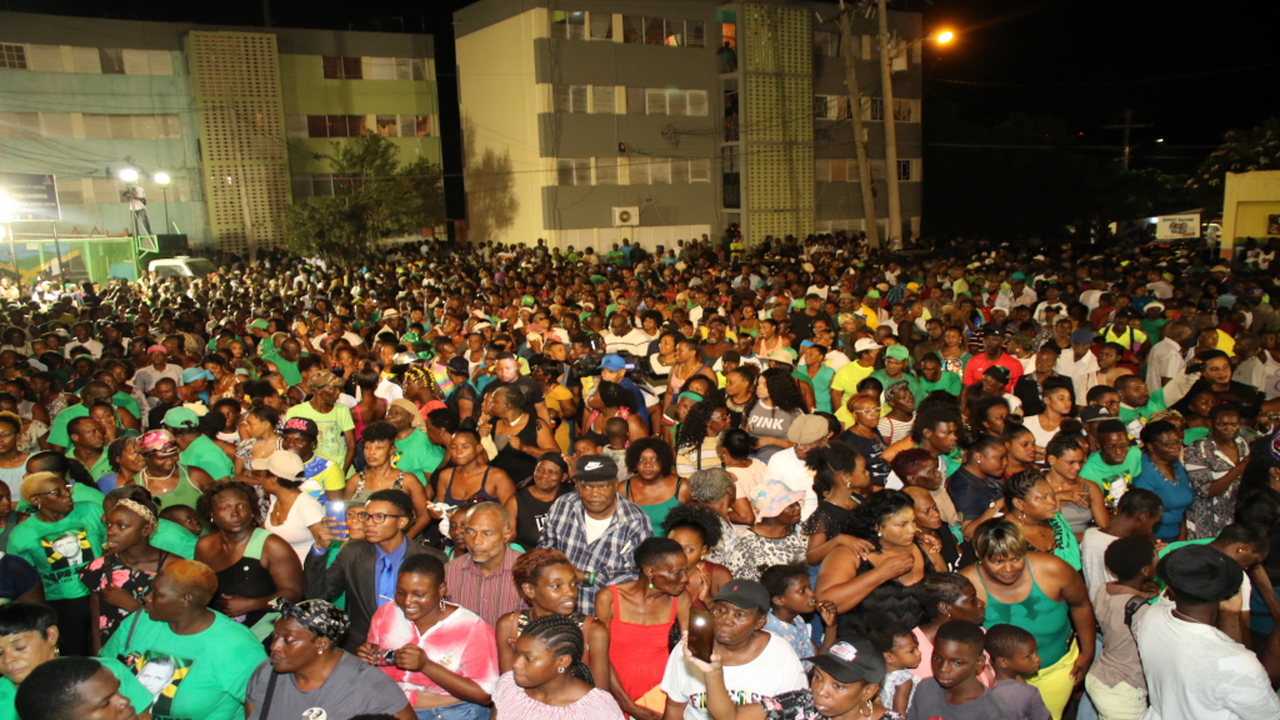 A section of the crowd in Tivoli Gardens for the nine-night in honour of late former Prime Minister, Edward Seaga. (PHOTOS: Llewellyn Wynter)

Thousands of mourners descended on Tivoli Gardens Square on Wednesday evening to honour the life of former Prime Minister of Jamaica, Edward Seaga in a swashbuckling, foot-stomping traditional nine-night service for the ages.

The traditional Jamaican nine-night setting saw residents of Tivoli Gardens, the neighbouring community of Denham Town and other residents from neighbouring areas turn out to pay their respects to the man they affectionately called 'Father Eddie'. 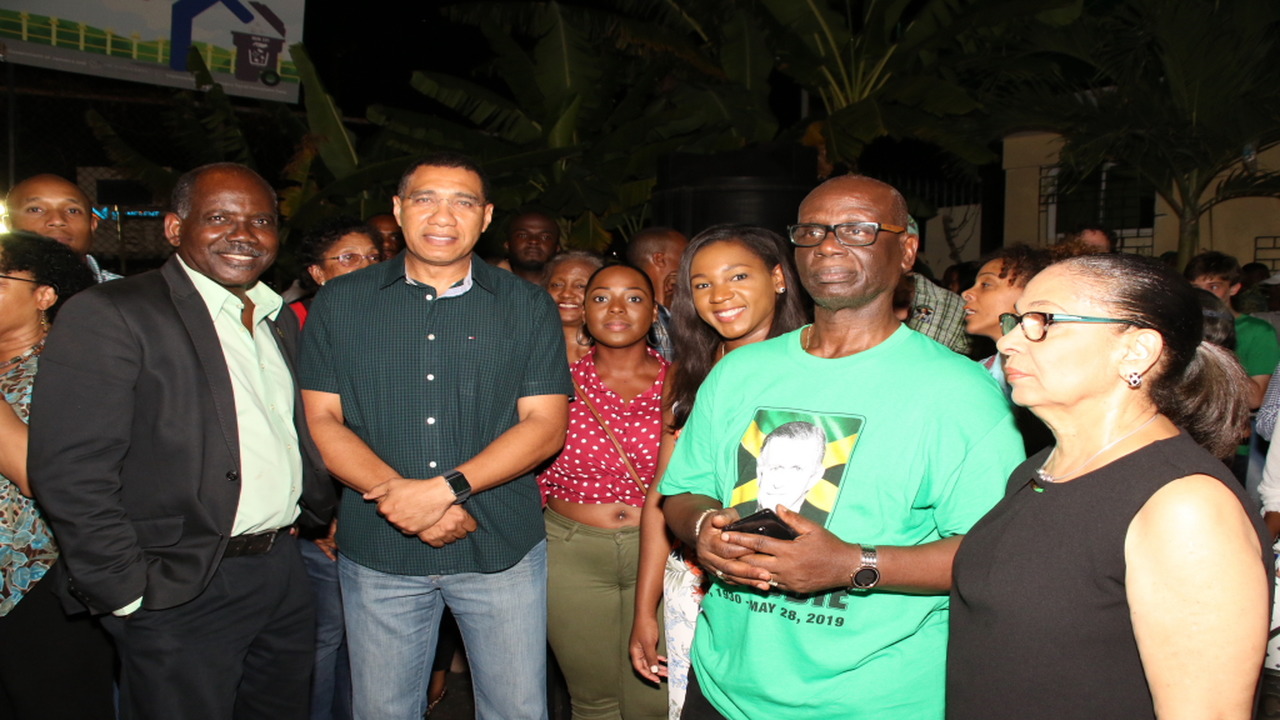 The fifth Prime Minister of Jamaica, Seaga died on his birthday, May 28 in the United States. He was 89.

His body was returned to home soil on Sunday, June 2. Wednesday was nine days since his transition and the 'nine night', based on African tradition, is a wake that takes place on the ninth night after a person's death.

In an earlier release, Grange said that Seaga “spent much of his life studying, understanding, appreciating, preserving and promoting Jamaican culture and it was important to him that we take pride in our culture and participate in the rituals that our people have created, and the 'nine night' is an important ritual in our culture.” 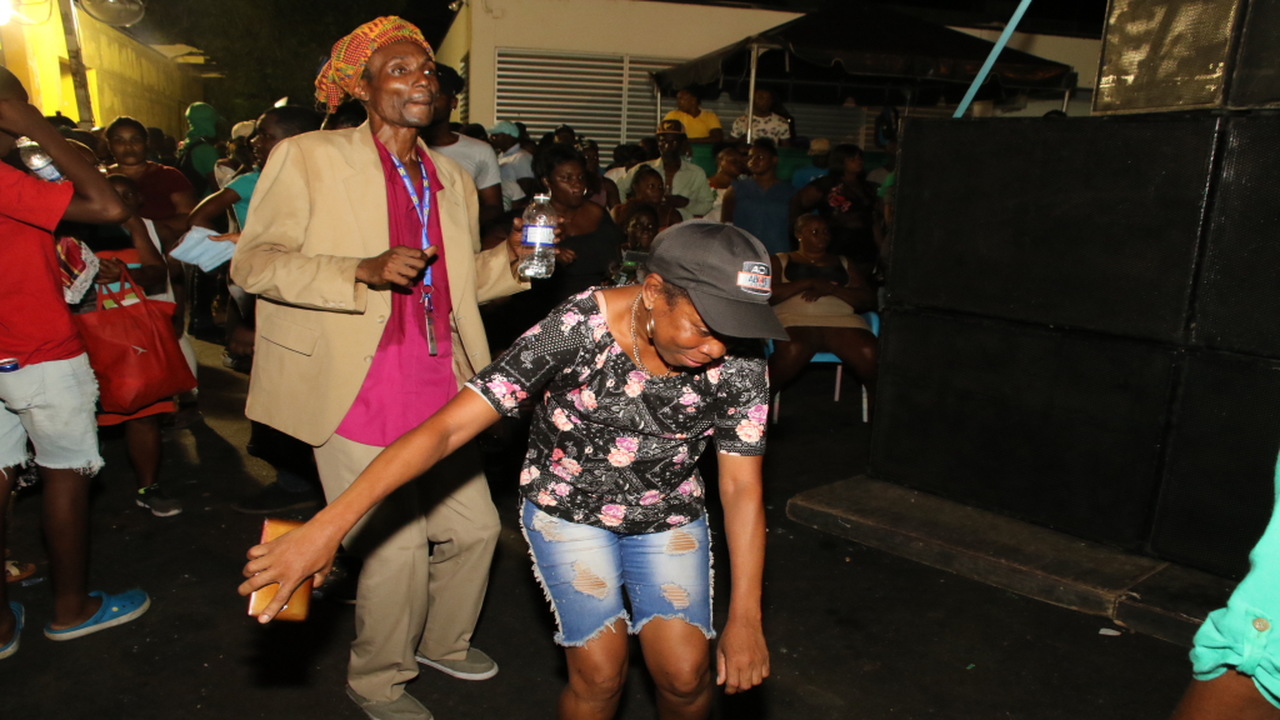 Earlier on Wednesday, hundreds of persons gathered at the Jamaica Labour Party headquarters on Belmont Road to pay their final respects to the former PM.

Grange attended the Belmont Road viewing but had to jet off to France to attend a FIFA conference before the start of the women's World Cup.

See more photos in gallery below.