Pictured: Here's what the new cruise berthing facility will look like 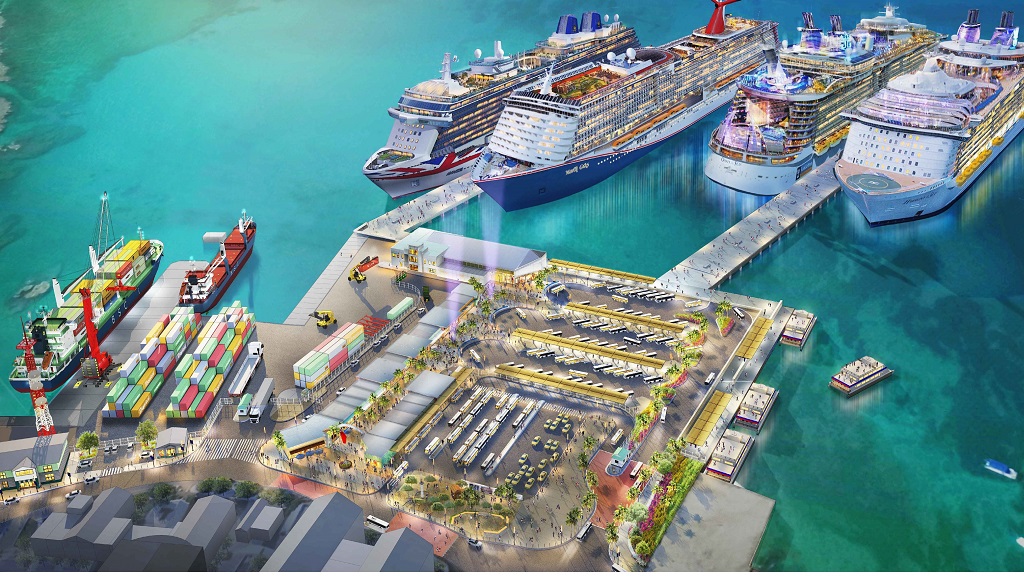 Here is the first picture of what the new Cruise Berthing Facility will look like.

As we revealed on Friday, the Cayman Islands Government has formally approved the selection of Verdant Isle Port Partners (VIPP) as the preferred bidder for the proposed cruise berthing facility and enhancement of the cargo facilities.

And today we can finally reveal what the finished project will look like - if it isn't defeated in the people's referendum.

VIPP is a consortium of four companies comprising of McAlpine Ltd, Orion Marine Construction Inc., Carnival Corporation Ltd, and Royal Caribbean Cruises Ltd. Together they offer a high degree of local and international technical expertise and have the relevant experience and key personnel who are familiar with working on projects of similar scope and scale as the project proposed for George Town. 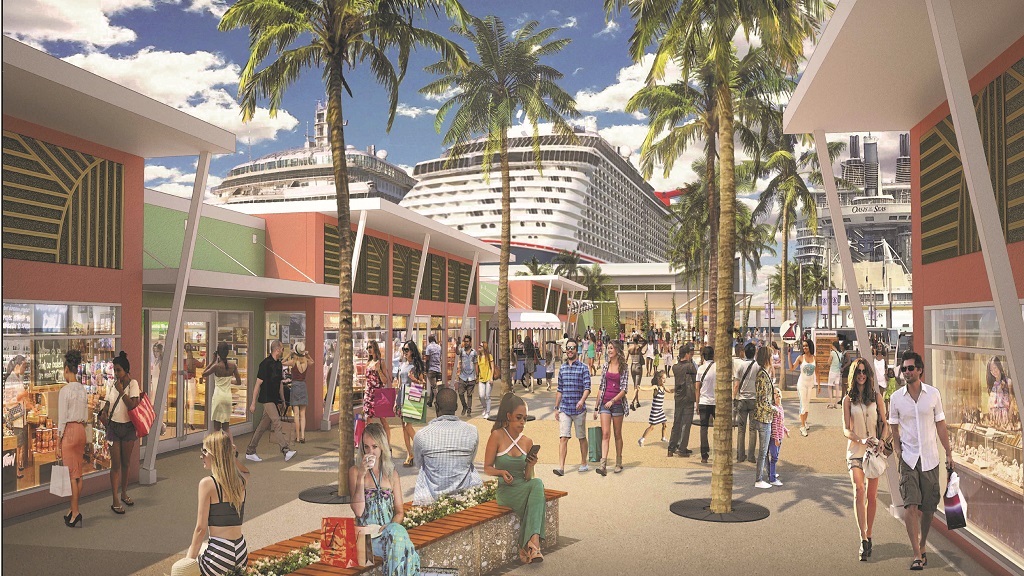 VIPP were selected as the preferred bidder following a detailed analysis of the bid by the Ministry of Tourism, the Port Authority Cayman Islands, PWD’s Major Projects Office, and specialist consultants KPMG.

The CBF will consist of two-finger piers constructed on pilings to allow the sea and marine life to move freely underneath. Pilings are commonly used all over the world in the construction of piers and bridges situated over water.

The new pier reflects Government’s mandate with respect to minimizing the environmental impact. Locating the piers in deeper water has resulted in the need for less dredging and less coral relocation than previously considered in the 2015 scheme submitted for environment impact assessment, and there will be no dredging in Hog Sty Bay.

Additionally, the proposed CBF will not increase the likelihood of flooding in the areas to the North and South as a result of the new development. Furthermore, wave walls have been incorporated within the footprint of the design for extreme weather conditions which will further reduce potential flooding and wave overtopping into the road and will add more protection to the central George Town area.

Of the options provided as part of the winning bid, Cabinet has selected Option 2 which minimises impact to the environment and delivers value for money at a cost of less than CI$200M, subject to final contract negotiations.

This figure includes enhancement of the cargo port facility to accommodate the higher volumes of cargo required to meet the needs of the growing population. The current port is 40 years old and operates under conditions that are cramped, inefficient and less than ideal.

The CBF project will be carried out under a Design, Build, Finance, Maintain (DBFM) arrangement which is financed by the preferred bidder. The country will receive a two-pier berthing facility and enhanced cargo port without the Government having to provide any loans, bonds or guarantees.

The financial investment required to build the piers will be repaid over 25 years to the preferred bidder using a portion of the passenger fee which is charged for each passenger brought to the new CBF. The share of the existing passenger fee currently paid to the Port Authority and the Environmental Protection fund will remain unchanged.

After 25 years when the investment has been repaid, that portion of the passenger fee will be remitted to the Port Authority, increasing the revenue that Port Authority receives per passenger.

The Government has maintained that the development should mean maximum benefit for the local economy, and assured that it will provide future security for the jobs and businesses that depend on the cruise industry.

New jobs will also be created during construction as well as throughout the facilities lifespan.

Government added: "The CBF will greatly enhance the safety of the Port Authority operations and quality of the cruise passenger experience and will help to bring new life and opportunities to the capital city. The CBF is integral to the George Town Revitalisation Project and vital to the long term future of the Cayman Islands cruise tourism industry.

"The selection of the preferred bidder represents a significant step forward in the quest to provide a modern cruise berthing and enhanced cargo facility that caters to the essential needs of the country."

The statement added: "After 40 years of being in the cruise tourism business, Cayman is distinct within the region for not having a berthing facility. Rather than being an attribute, this presents a serious risk and will ultimately place our cruise tourism industry in jeopardy.

"It is in our country’s long term best interest to provide a berthing facility that will positively impact employment and ultimately inject millions of dollars into our economy."

To stay informed on all of the latest news and information on the cruise berthing project, you can check the project’s Facebook page for daily updates.

MSC Cruises is fourth liner to back cruise berthing project