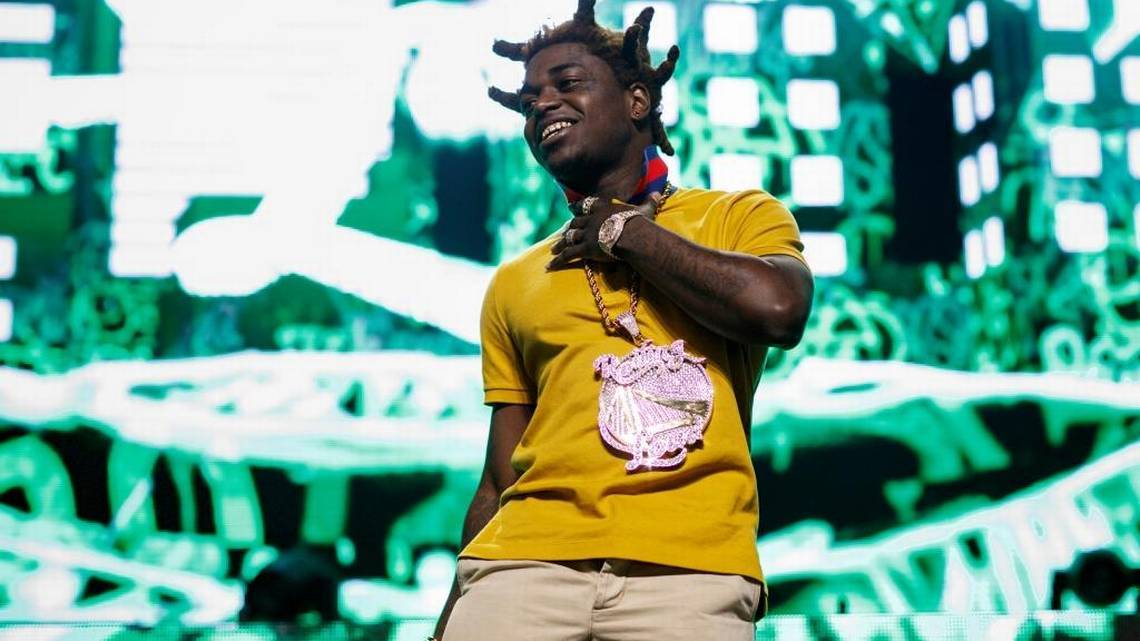 A weekend of shootings involving rap musicians and their entourages who were in South Florida for a huge hip-hop festival left two people dead, four wounded and multiple vehicles riddled with bullets — but no arrests.

Police agencies across South Florida sought clues and appealed for help Monday in identifying those responsible for the violence surrounding the Rolling Loud Festival, which ran Friday through Sunday at the Hard Rock Stadium in Miami Gardens where the Miami Dolphins play.

So far, investigators have found no connections between the shootings, but local agencies were working together and conducting forensic tests to see if any ties beyond the concert could be established.

"There are a lot of unanswered questions," Miami-Dade Police spokesman Alvaro Zabaleta said Monday in a phone interview.

Meanwhile, rapper Kodak Black appeared Monday in federal court after being arrested Saturday at the festival on a weapons charge, and headliner Lil' Wayne was a no-show Saturday night, explaining on social media that he refused to be searched by security or police to enter the venue.

An NBA player, Phoenix Suns forward Josh Jackson, was arrested Friday after police say he refused to leave a VIP area he entered without a pass and then ran away after being handcuffed. He was released on $1,000 bail. The Suns did not immediately return a call for comment.

Rolling Loud organizers did not return calls and emails seeking comment. The festival's Twitter account Monday posted a message reading, "IF YOU DIDN'T ENJOY ROLLING LOUD DESPITE THE HICCUPS, STAY HOME NEXT YEAR...THIS IS HIP-HOP." The account was later suspended.

In the most notable shooting tied to the festival, gunmen in a passing Cadillac Escalade opened fire on rapper NBA YoungBoy as he and his 10-member entourage exited Trump International Beach Resort Miami in Sunny Isles Beach on Sunday afternoon. Those shots wounded the rapper's 19-year-old girlfriend, Kaylyn Marie Long, and grazed a 5-year-old bystander.

Four men who were later detained at the stadium as possible suspects were not connected to the shooting and were released, he said.

There did not appear to be any connection to a shooting in nearby Aventura that happened about a half-hour earlier, Zabaleta said.

NBA YoungBoy, whose real name is Kentrell DeSean Gaulden, was on Sunday's lineup of performers.

The attack on him happened about 36 hours after Chicago-based rapper AAB Hellabandz was fatally shot outside the Cameo nightclub on a crowded Miami Beach street. A second person was hospitalized.

Security video released by Miami Beach police on Monday showed people running or ducking behind parked cars as vehicles sped away in the moments after Saturday's shooting. Amid the chaos, the man police identified as the suspect jogged away. No arrests have been made, and the 24-year-old rapper, whose real name was Ameer Golston, was not on the list of performers at the festival.

Miami Beach police spokesman Ernesto Rodriguez said Golston was wanted in Atlanta for attempted murder and armed robbery. He said detectives are trying to determine if there are any ties to the Atlanta case, the NBA YoungBoy shooting or an incident Friday morning involving two party buses hired by a festival performer. No one was injured when a car passing them on Interstate 95 opened fire.

"It is all something we are investigating, but it is too early to tell" what ties, if any, exist, Rodriguez said.

Also Saturday, Kodak Black, whose real name is Bill Kapri, was arrested at the festival on a weapons charge, according to the U.S. Marshals Service. The arrest adds to a lengthy rap sheet for Black, 21, who was arrested last month on drugs and weapons charges as he crossed from Canada into the U.S. near Niagara Falls, New York.

At a brief court appearance Monday in Miami, Black slumped in his chair and rocked slowly back-and-forth as he surveyed the courtroom. Shackled and wearing a jail-issued tan jumpsuit and slippers, his only words were the slight mumble of his name.

Black's attorney, Bradford Cohen, said the rapper mistakenly failed to indicate that he's currently under indictment while filling out the form before purchasing a firearm from a licensed dealer.

The festival's highlight was supposed to be Saturday night's appearance by Lil' Wayne, who has sold more than 100 million records worldwide. He later explained that he did not perform because he refused to be searched.

"To all my fans who came to see me at Rolling Loud, I'm sorry but I won't be performing. The Festival Police (not Rolling Loud) made it mandatory that I had to be policed and checked to get on the stadium grounds. I do not and will not ever settle for being policed to do my job," Lil' Wayne said on Twitter.

Lil' Wayne, whose real name is Dwayne Michael Carter Jr., tweeted that he performed later at the Story nightclub in Miami Beach instead.

Rolling Loud Festival started as a one-day concert in 2015 at a modest event space in Miami's Wynwood neighbourhood before moving to Hard Rock Stadium last year. Shows have rotated between South Florida, Southern California and Northern California, with plans to expand to Japan, China and Europe.