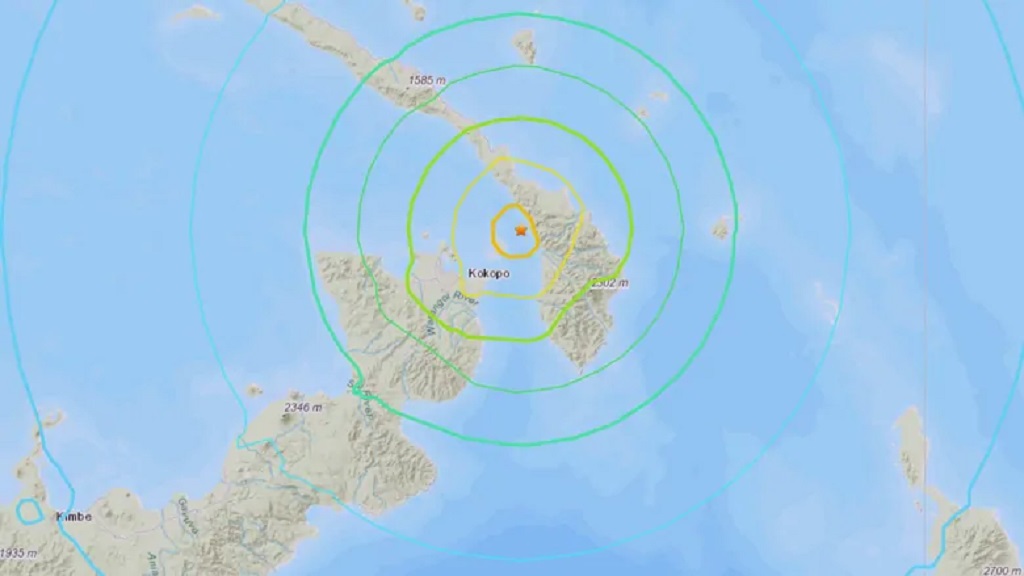 A powerful earthquake struck Papua New Guinea on Tuesday evening, triggering a tsunami alert for coastal areas up to 1,000 kilometres (620 miles) away.

The U.S. Geological Survey said the quake measured magnitude 7.5 and was located 45 kilometres (28 miles) northeast of Kokopo. It was centred at a relatively shallow depth of 10 kilometres (6 miles), it said.

Shallow earthquakes tend to cause more damage on the Earth's surface, but the USGS estimated that damage and injuries would be low because of the sparse population.

The U.S. Tsunami Warning System said hazardous tsunami waves were possible on coastal areas up to 1,000 kilometres (620 miles) from the epicentre, including Papua New Guinea and the nearby Solomon Islands. It said there was no tsunami threat to Hawaii or Guam.

Papua New Guinea is located on the eastern half of the island of New Guinea, to the east of Indonesia.
It sits on the Pacific's "Ring of Fire," the arc of seismic faults around the Pacific Ocean where most of the world's earthquakes and volcanic activity occur.

A magnitude 7.5 earthquake in February 2018 in the nation's central region killed at least 125 people and forced another 35,000 from their homes. That quake hit areas that are remote and undeveloped, and assessments about the scale of the damage and injuries were slow to filter out.