Protesters in Richmond, Virginia, tear down another Confederate statue 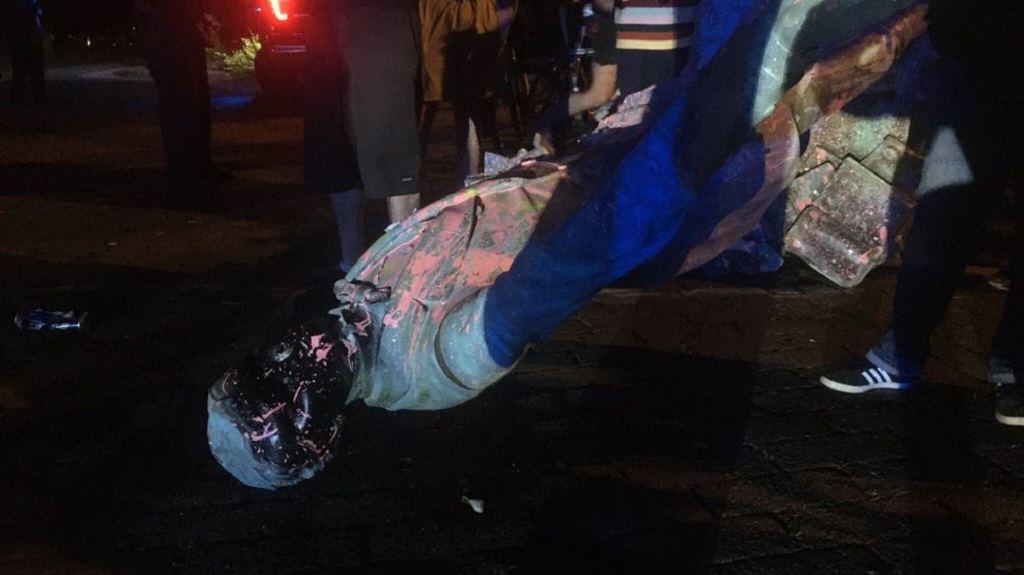 The Howitzers Monument located near Virginia Commonwealth University's Monroe Park campus was toppled after protesters who spent the night marching in the rain used a rope to pull it down from its pedestal.

The paint-splattered statue was seen face down on the ground as the rain continued overnight in Virginia's capital city, according to a video from the Richmond Times-Dispatch.

This is the third Confederate statue, and the fourth monument, to be torn down by demonstrators in Virginia since international protests erupted following the death of George Floyd, a black man who died after he was pinned to the pavement by a white Minneapolis officer who pressed his knee into Floyd's neck.

Statues of Confederate president Jefferson Davis and Confederate Gen. Williams Carter Wickham as well as of Christopher Columbus were toppled by demonstrators in recent weeks.

Protesters in Richmond started their march Tuesday night advocating for the removal of all Confederate statues, establishing a civilian review board over police actions and defunding the police, among other things, the Richmond Times-Dispatch reported.

Before its toppling, the Howitzers Monument showed a Confederate artilleryman standing in front of a gun. It was erected in 1892 to memorialize the city's Civil War artillery unit, according to the Encyclopedia of Virginia.

Were they worth it?: Key protest movements over the decades