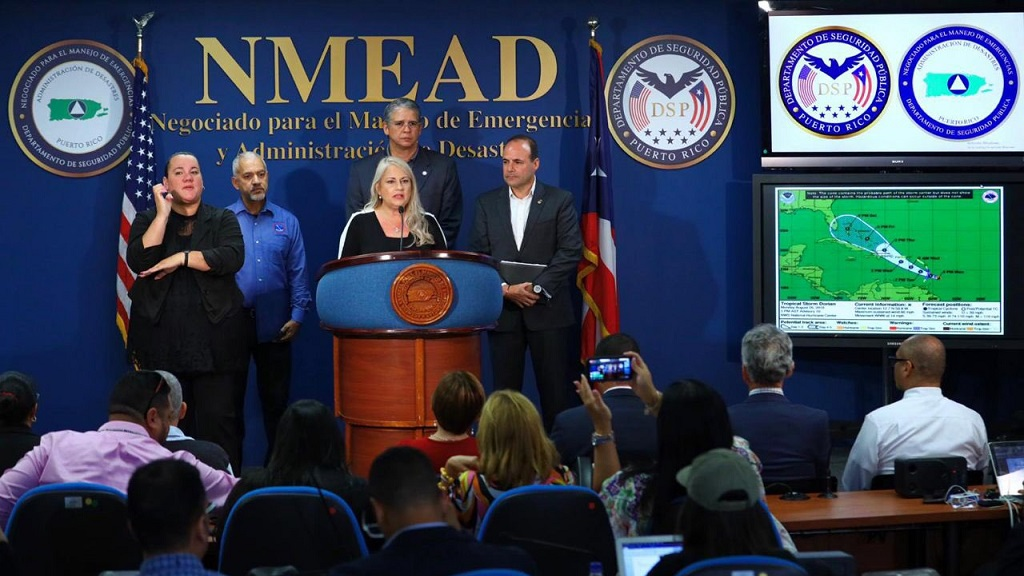 Puerto Rico has declared a state of emergency ahead of the approach of Tropical Storm Dorian, and the island is now under a Hurricane Watch.

According to a BBC report, Puerto Rico, still recovering from the ravages of Hurricane Maria, lies in the path of the storm, which is forecast to reach hurricane strength by the time it reaches the island.

(“Governor @wandavazquezg reports that she signed an OE that declares a state of emergency at the local level so that agencies that have to make activations and start protocols can do so, including the National Guard. This action is in preparation for any event.”) 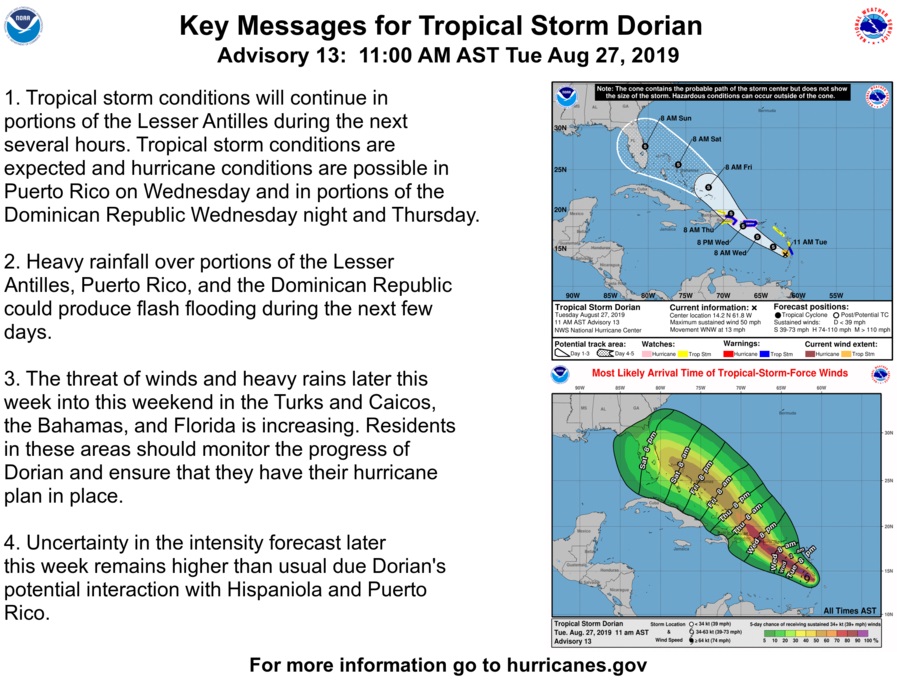 In an 11:00 am update on Tuesday, the US National Hurricane Centre (NHC) said Dorian was about 95 kilometres west-northwest of St Lucia and about 665 kilometres southeast of Puerto Rico.

The BBC reported that authorities were building 360 shelters with the capacity to house up to 48,500 people. Puerto Ricans were urged to take precautions against the storm and to stock up on emergency supplies.

A Tropical Storm Warning is in effect for Martinique, Puerto Rico, and the Dominican Republic from Isla Saona to Samana.

According to the National Oceanic and Atmospheric Administration (NOAA), Hurricane Maria, a Category 5 storm which destroyed much of Puerto Rico in 2017, cost up to US$90 billion in damages.

The storm also devastated Dominica and the US Virgin Islands, and was regarded as the worst natural disaster in recorded history to affect those islands.

Maria was also the deadliest Atlantic hurricane since Mitch in 1998.

State of emergency in Florida, Dorian may grow to category 3 hurricane

Update: Dorian is now a hurricane