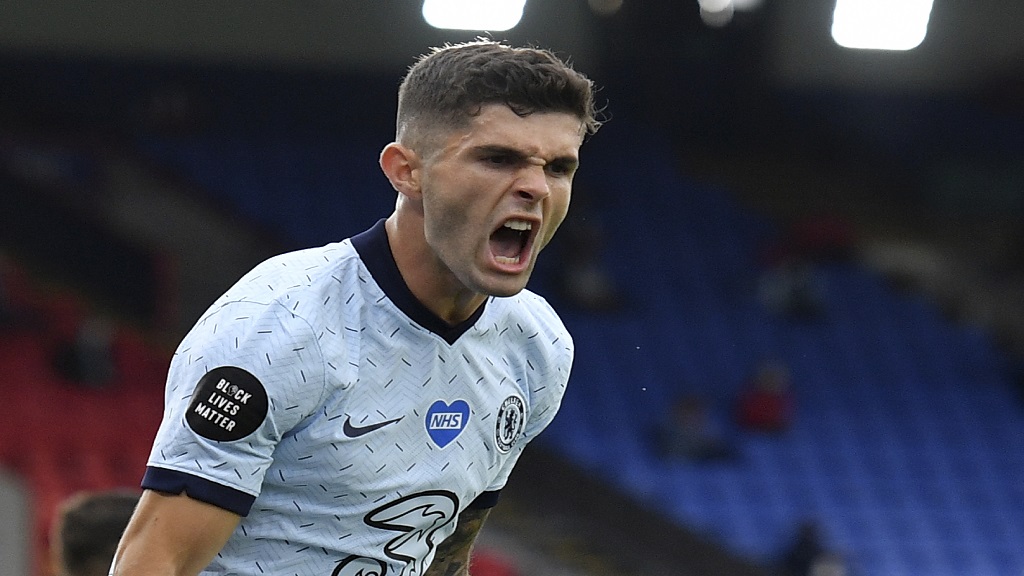 Christian Pulisic kept up his impressive form for Chelsea since the restart of the Premier League with a well-struck goal to help his team beat Crystal Palace 3-2 and maintain its push for Champions League qualification on Tuesday.

The American winger collected a pass from Willian on the left side, drifted outside a defender, and fired a rising left-footed shot into the net at the near post in the 27th minute for his third goal in five matches since the resumption.

That helped Chelsea to a 2-0 lead after Olivier Giroud’s early goal, and a strike by substitute Tammy Abraham ultimately sealed victory at Selhurst Park.

Palace scored either side of Abraham’s goal through Wilfried Zaha — a powerful drive from 25 meteres — and Christian Benteke and nearly grabbed an equaliser when Scott Dann sent a header against the post in stoppage time.

Chelsea, which have won four of their last five games, provisionally climbed above Leicester into third place and stayed in a strong position to seal one of the four qualifying positions for next season’s Champions League.

Pulisic came back fully fit from the three-month suspension of the league and started as a substitute in the first game, a 2-1 win at Aston Villa in which he came on and scored.

He has started each of the last four games and been Chelsea’s most dangerous player with his pace and dribbling.