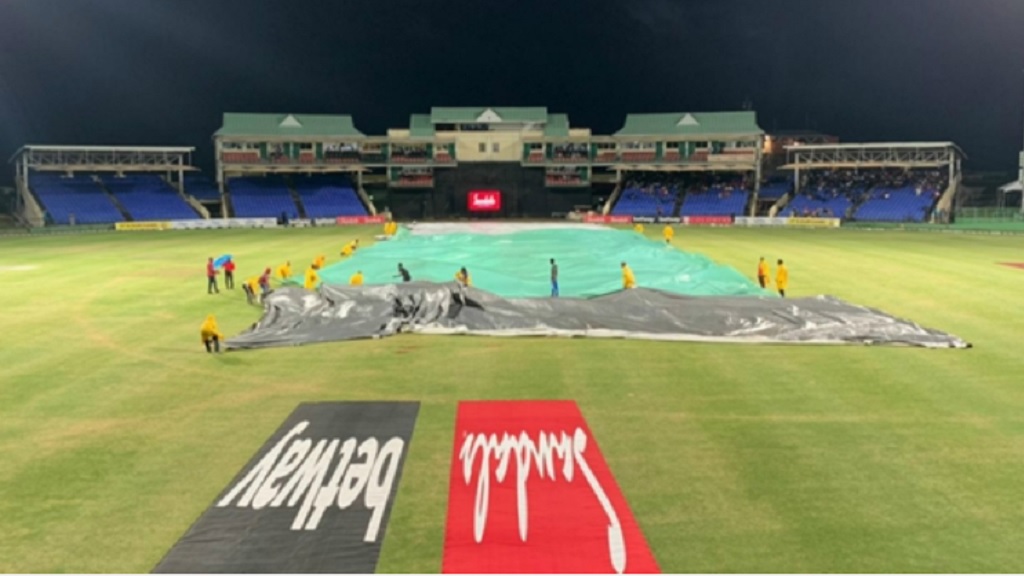 West Indies' T20 against Ireland was washed out.

Rain wreaked havoc as the second Twenty20 international between West Indies and Ireland was washed out in Basseterre on Saturday.

No result was declared after the game was called off approaching 22:00 local time – Ireland boasting a 1-0 lead in the three-game series.

Career-best figures from captain Kieron Pollard helped restrict Ireland to 147-9 from 19 overs, with a rain delay leading to a reduction in overs.

Confidence was high in the Ireland camp after their memorable four-run triumph in the opening T20I in Grenada.

Sheldon Cottrell (2-10) and Romario Shepherd (1-38) also chipped in with wickets for the Windies.

West Indies managed to start their run chase and they reached 16-1 after Lendl Simmons (10) fell victim to Paul Stirling (1-11) before the rain set in for good.