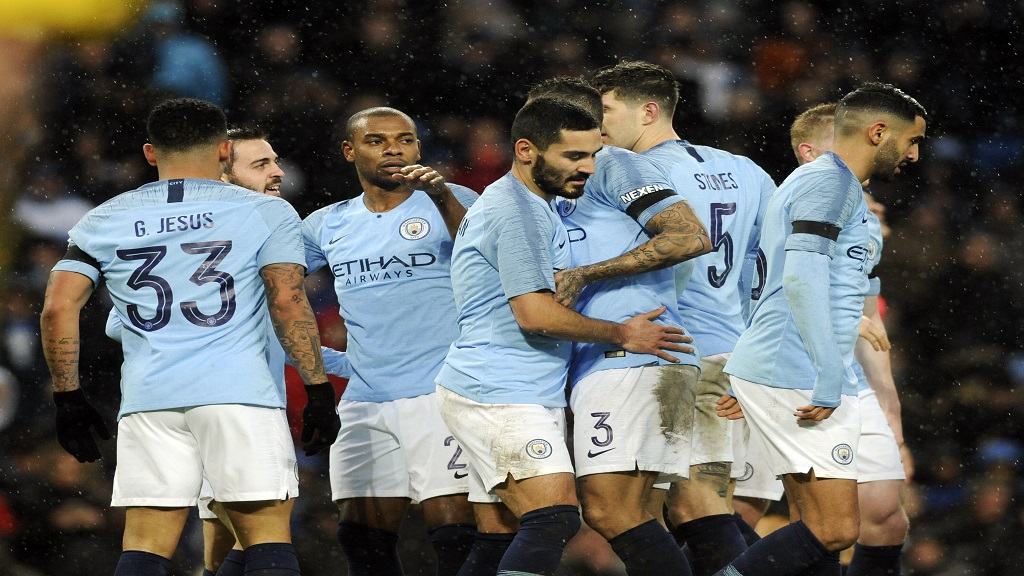 Pep Guardiola has dismissed as "fantasy" the notion of Manchester City winning the quadruple this season.

It's certainly a long shot but, on current form, it's hard to see how or when they'll next be beaten.

City swept past fellow English Premier League team Burnley 5-0 in the fourth round of the FA Cup on Saturday, extending their run of wins to eight in all competitions. In that streak, the team has 33 goals and has not conceded a goal in the last six games — a first under Guardiola.

Kevin De Bruyne scored one and had a hand in two others, with Gabriel Jesus, Bernardo Silva and Sergio Aguero scoring along with an own-goal.

City are second in the Premier League, four points behind Liverpool, and into the final of the English League Cup. They also are through to the last 16 of the Champions League and were handed a favorable match against Schalke.

The FA Cup is the only domestic competition Guardiola has yet to win, after capturing the Premier League and English League Cup last season. An embarrassing fifth-round loss to Wigan was one of City's few low points last season and Guardiola is taking the FA Cup seriously this time around.

The same cannot be said of some other top-flight teams.

Five have already lost to lower-league opposition this season — Fulham, Leicester, Cardiff, Huddersfield and Southampton — and Wolverhampton Wanderers avoided becoming another only by scoring in the third minute of injury time to salvage a 2-2 draw at third-tier Shrewsbury.

Wolves, who knocked out Liverpool in the third round, rested key players for the game despite not being in genuine danger of relegation in its first season back in the Premier League.

In an all-Premier League matchup, Watford won 2-0 at Newcastle, which hasn't progressed beyond the fourth round since 2006.

Brighton were taken to a replay by second-tier West Bromwich Albion after a 0-0 draw.

Everton and West Ham are away to lower-league opposition, in Millwall and AFC Wimbledon respectively, later Saturday.