Regional economic growth projected to increase by 4.2 percent in 2020 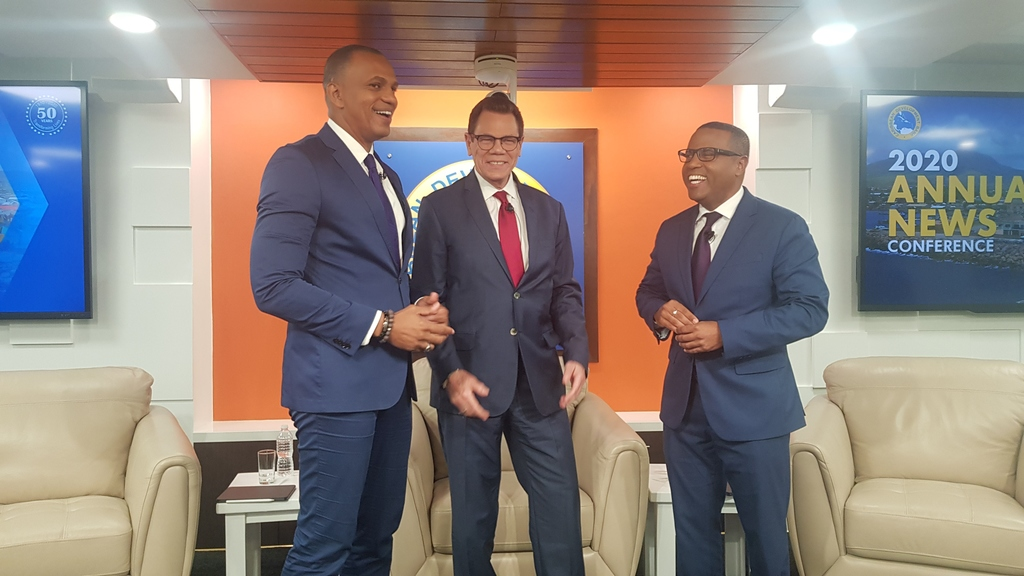 President of the CDB Dr William Warren Smith in centre with Daniel Best, Director of Projects (l) and Justin Ram, Director of Economics.

The Caribbean Development Bank (CDB) is projecting regional economic growth to increase to 4.2 percent in 2020 from one percent in 2019, powered largely by stratospheric growth in Guyana where oil production begins this year.

President of the Bank, Dr Wm. Warren Smith noted that this growth will be uneven, and urged the borrowing member countries (BMCs) of the Bank to pursue policy reforms conducive to sustainable rates of growth.

Dr Smith made the appeal while updating the regional media at the annual 2020 CDB update in Barbados today.

In presenting the overview for the last year, Smith said Debt to GDP ratio fell in 10 BMCs. In Grenada, he said, debt fell below 60 percent of GDP, 10 years ahead of the timeline given by the Organisation of Eastern Caribbean States (OECS). St Kitts also saw its debt fall by 60 percent while The Bahamas saw their debt fall by 119.5 percent.

“BMCs with home-grown reform programmes must stay on course. Others are encouraged to implement their own adjustment programmes with alacrity,” he advised.

He pointed to Barbados’ progress in bringing its debt ratio down from 127 percent of GDP in 2018 to under 120 percent last year.

The CDB President confirmed that the Bank was determined to assist the BMCs to reach the 2030 Sustainable Development Goals. He cited the work which CDB did in 2019 to assist its BMCS in meeting these goals through modernising infrastructure and economic reform.

Dr Smith attributed the low performance of the region to a sluggish global economy, trade tensions between China, geopolitical anxieties, and mounting social and environmental protests.

Anguilla and Dominica were the fastest growing economies in the region, having rebounded from the damage of Hurricanes Irma and Maria in 2017. Anguilla’s economy grew at 10.9 percent while Dominica’s grew by 5.7 percent.

Tourism performance also grew in almost every BMC with The Bahamas registering the highest ever number of visitors in its history.

CDB increases disbursements by 20 percent in 2018

CDB study: Caribbean yet to push blue economy as driver of growth