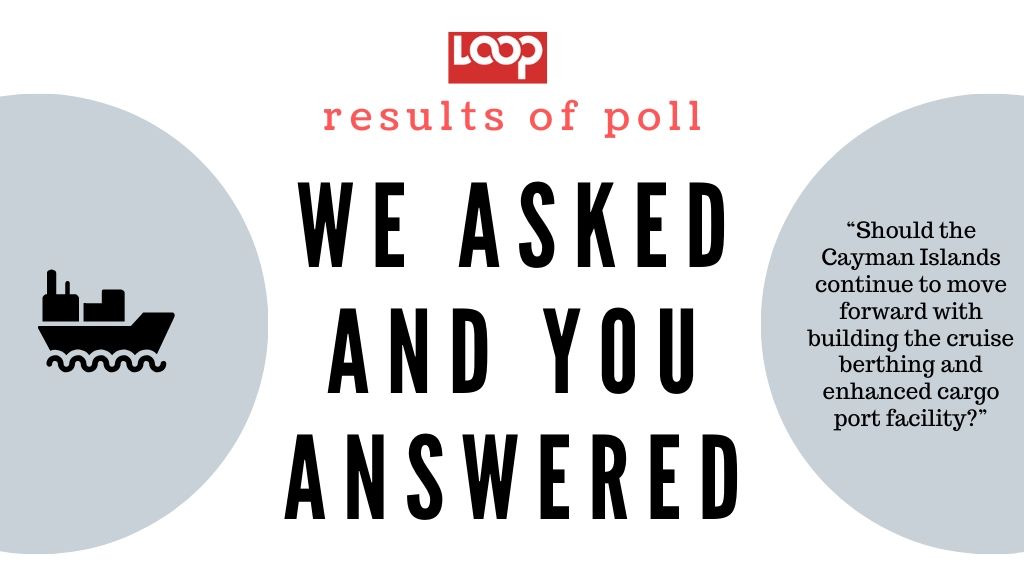 In order to get a better idea of the public sentiment on the referendum question, we asked the following of our Facebook readers: “Should the Cayman Islands continue to move forward with building the cruise berthing and enhanced cargo port facility?”

Our quick sample poll attracted 186 votes, all of which were received during the first week of October. Assuming that all of the respondents are on the 21,217 person electors list and will be voting on the said question on December 19, we can assume with 95% confidence that between 71% and 85% of the electorate will vote against the cruise berthing and enhanced cargo port facility.

Legislators have, since October 28, begun to debate the Referendum Bill, with each side hoping to gain a 51% vote in favour of their position, as is required for the referendum result to be binding. If all voters turn out, it will take 10,609 votes of “no” to halt the cruise berthing project.

As Loop reported yesterday, Cruise Port Referendum Cayman has raised questions around the constitutionality of the question and the proposed date of the vote, indicating that both of these reflect biases that could prevent an outcome that is representative of the position of the entire electorate.