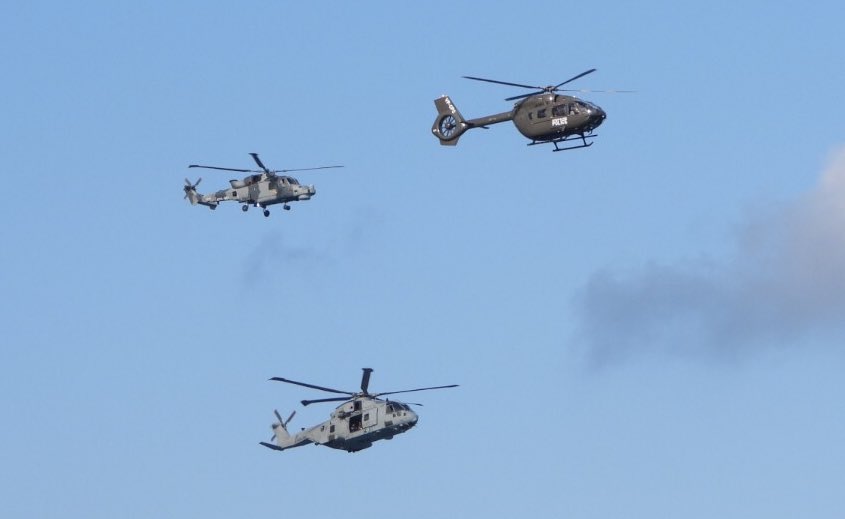 Hurricane season is about to begin and Royal Navy or Royal Fleet Auxiliary ships in the Caribbean are called upon almost every year to assist island communities with disaster preparedness and they will now be able to play a part in ensuring the UK Government is ready to support its territories during the pandemic.

Cayman Islands' governor, Martyn Roper has indicated that the ship will not be landing its helicopters on the Islands and the crew will not be coming ashore due to the Covid-19 situation.

The RCIPS helicopter met the Navy helicopters airborne and conducted a familiarisation over the radio in loose formation.  They looked for key areas and landing sites (no landings were made) in preparation for the upcoming hurricane season and the usual general brief of the Islands.

The team will also be conducting a drug interdiction exercise with the RCIPS Marine Unit.

An overflight of Cayman Brac is planned for ‪this afternoon‬.

Argus’ task is distinct from the mission of the Security Assistance Team (SAT) that recently arrived from the UK. The SAT are here to assist the Cayman Islands Government to plan and to mitigate against any security issues caused by the coronavirus outbreak. The team are already engaging with local officials through virtual meetings while in quarantine.

The vessel also has Disaster Relief stores on board, as well as Royal Engineers and other specialist personnel who can help with repairing and restoring vital services. As standard procedure, the ship will remain in the region during hurricane season as vital support if needed.

The ship has already scouted Bermuda, the British Virgin Islands, Anguilla and Montserrat.