Rogue, Lost Tribe steal the show at Festival of Bands 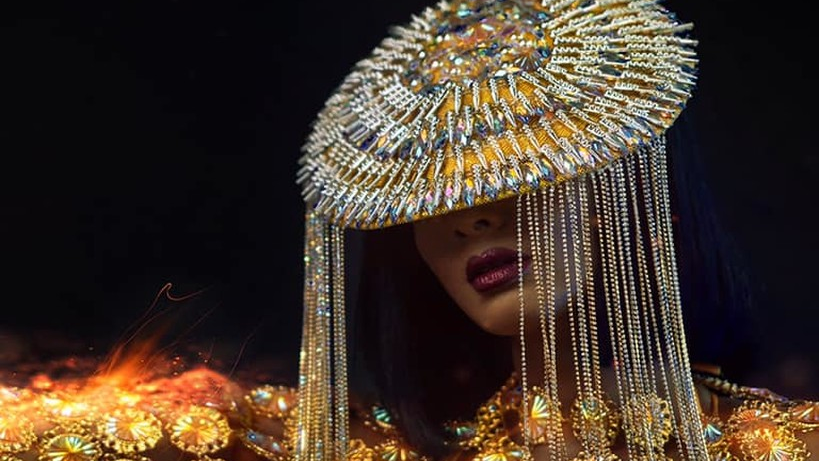 The character Bardi from Rogue's 2020 presentation I Am Badass.

It was expected that The Lost Tribe would be a show stopper at Festival of Bands, the launch of the six bands under the Tribe umbrella.

The Large Band of the Year 2019, of course, did not disappoint with its costume presentation for Anansi, its 2020 theme.

And while much of the conversation post-launch was about the beauty of the costumes, especially the male designs, one other band dominated the reviews.

Rogue, with its I Am Badass theme, literally stole the show with its video game-themed stage presentation in which each costume was presented as a character in the game Badass.

Complete with XOriginal dancers keeping the vibe going on either side of the stage to a special soca mix from Dei Musicale and DJ Lava that included songs such as Nikki Minaj’s ‘Megatron’ and Shenseaa’s ‘Blessed’, the presentation was in keeping with the attitude the theme called for.

The concept, said Jules Sobion, Commander-in-Chief of Caesar’s Army and Creative Director of Rogue, was inspired by the launch of Xaymaca Carnival band in Jamaica last year where dancers modeling the Dancehall Queen costume lit the stage up with their attitude.

“I said I could do a whole concept based on unleashing your badass. The presentation of the concept had to do with a lot more than just modeling, it was about bringing it to life, having dancers represent a concept with attitude. I think the models brought attitude to the Badass concept as well,” said Sobion who praised Band Manager Kim Kirton for the execution of the strategy.

Among the models in the presentation was one of the Jamaican dancers Sobion saw at the Xaymaca band launch, Christina Gonzalez, who stole the show with her moves.

“I felt like when you have a showcasing with other bands seeking attention you have to come differently and approach it from a different angle. Kudos to Lost Tribe too cause Val is on that same wavelength,” said Sobion of his strategy to stand out.

Next year will mark Rogue’s third year as a band and Sobion said enhancing the brand is important to their plans to take it internationally.

“I want to take Rogue to the world. It is a global band and we have a lot of international partners. We have endorsees that endorse the band like Xaymaca from Jamaica, Aura from Barbados and Nova Mas from Bermuda, they endorse the band to bring that international essence to the band. We have an international committee that plays a role too,” he said, revealing that they are looking at new territories to expand the band.

The night’s presentations opened with Harts’ presentation of Metanoia which featured a plus-sized model, followed by Pure’s Rise of the Elements and The Lost Tribe’s Anansi. Bliss’ Nectar, Rogue’s I Am Badass and Tribe’s Legends of the Far East closed the show.