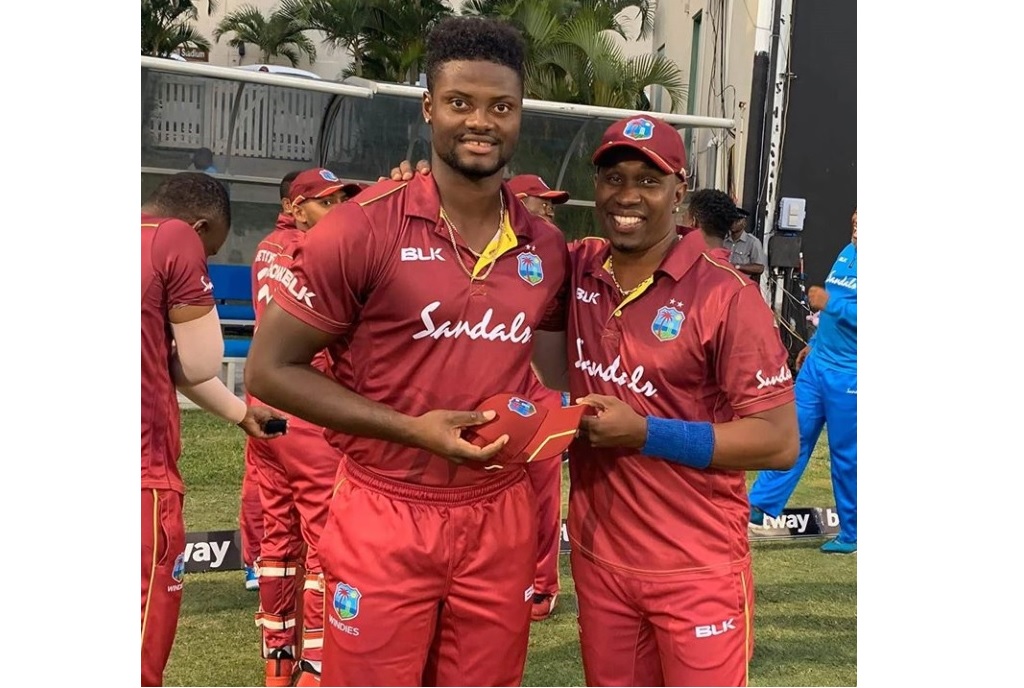 Guyanese all-rounder Romario Shepherd has been selected to replace Dwayne Bravo in the West Indies T20 team to tour New Zealand next month.

The selection comes after Bravo was ruled out of the tour due to a groin injury. The experienced 37-year-old sustained the injury on Saturday whilst playing for the Chennai Super Kings in the Indian Premier League (IPL).

Bravo, the two-time T20 World Cup winner, will now return to Trinidad to continue his rehabilitation.

Shepherd, 25, whomade his international debut last year against Afghanistan received his cap from Bravo himself.

The defending ICC T20 World Cup champions will visit New Zealand from November 27 to December 15. They will start the tour with three T20Is, followed by two Test matches as part of the ICC World Test Championship.

Bravo said: “I was really looking forward to the tour of New Zealand as it has been so many months since I last wore maroon in Sri Lanka back in March and we are all so excited about building towards defending our T20 World Cup next year.

"Unfortunately, the injury I sustained on Saturday playing for CSK has not only ruled me out of the IPL but also the tour. I’m making arrangements to return to Trinidad over the next few days where I will continue my rehab and treatment. I’m fully committed to representing the West Indies and I just need to get myself stronger again.”

Shepherd said: "This is a great opportunity for me, and I want to take it with both hands. I was in the team before, last year, and earlier this year, so I have a good feel of the game at this level. I’ve been training hard and working on all areas of my game so I’m ready.”