Rumour Has It: Man Utd close in on Chiesa 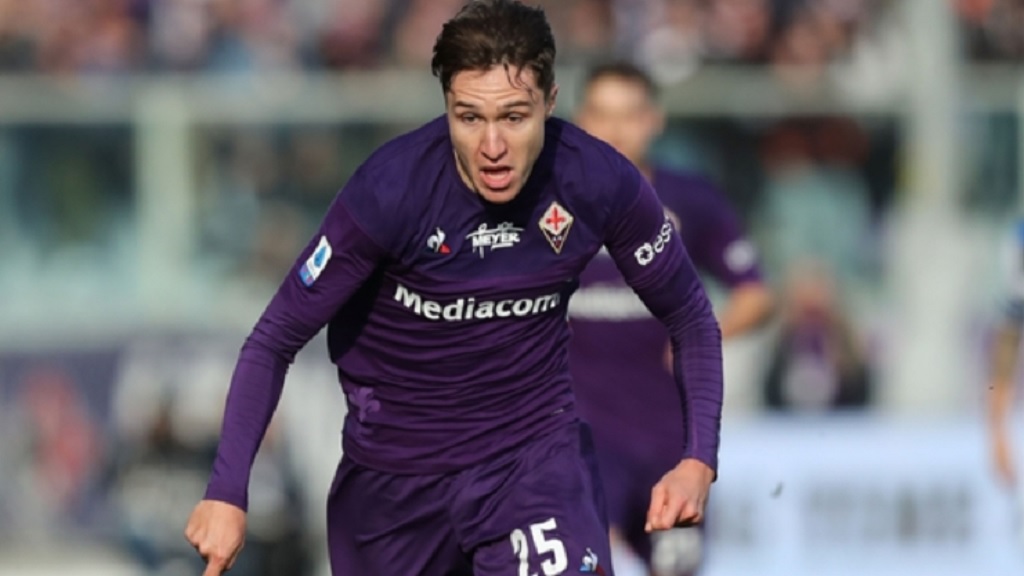 Chiesa, 22, has been heavily linked with a move away from the Serie A club, where he came through the youth system.

And the Italy international could be on his way to the Premier League.

Manchester United are pushing for Chiesa and their latest offer could be enough to start proper negotiations, according to La Nazione.

Chiesa has also been linked with Juventus and Inter with his contract in Florence running until 2022.

- Joao Felix has yet to hit top form at Atletico Madrid. Goal reports the LaLiga club turned down a £135million (€150m) offer from an English Premier League side earlier this season.

- Chelsea could yet strengthen further. The Daily Express says they are in talks to sign Leicester City left-back Ben Chilwell, who is said to be valued at £80m. Chelsea will have Hakim Ziyech and Timo Werner arrive at the club ahead of next season.

- David Luiz's future at Arsenal remains uncertain following his horror show against Manchester City on Wednesday. According to the Daily Mail, the Brazilian defender wants a two-year deal, rather than the one being offered. Luiz is coming out of contract at the end of the month.

- Could Edin Dzeko's time at Roma be coming to an end? Corriere dello Sport reports Roma need to qualify for the Champions League to keep the striker at the club. Dzeko is contracted until 2022, while Roma are three points behind fourth-placed Atalanta in Serie A.

- Morgan Schneiderlin is set to return to France. RMC Sport says the midfielder will leave Everton to join Nice, returning to Ligue 1 for the first time since 2008.

- Staying at Goodison Park and Everton have joined the race for Real Valladolid defender Mohammed Salisu, according to the Mirror.

Rumour Has It: Inter firm over Barca target Lautaro

Rumour Has It: Messi to extend Barcelona contract until 2023

Rumour Has It: Villa want £80m for Grealish as Man U consider options