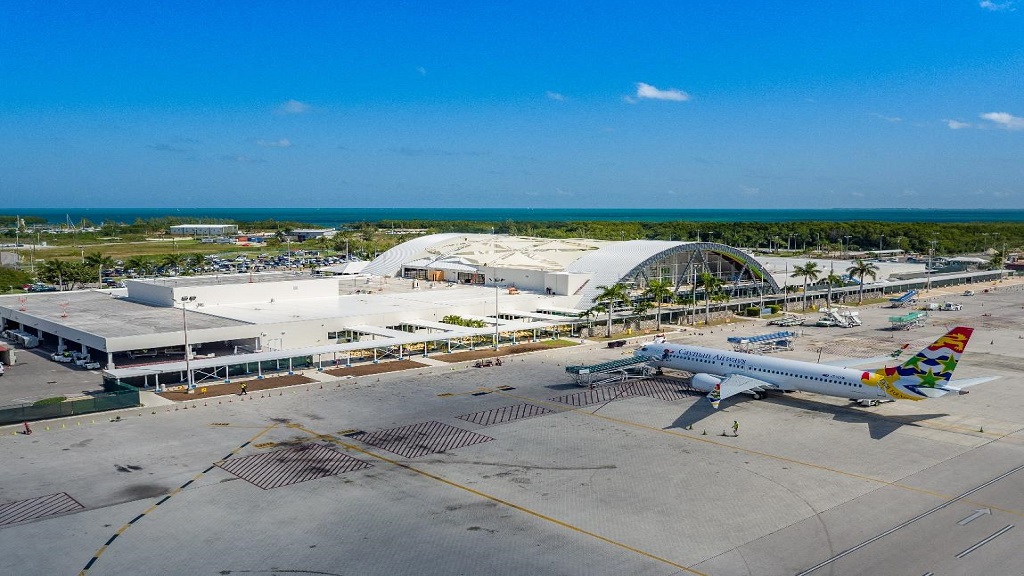 This comes as part of the next phase of continued improvements in operations and safety standards at the airport.

Milling and Re-Paving of the existing Runway surface
Runway Extension of 124 meters to the west of threshold 08
Filling of the ponds within the airfield perimeter
Establishing a robust airfield perimeter road
Expanding the International Ramp in an easterly direction to accommodate either a single CODE E hardstand, or two CODE C hardstands

“With the transition into the new Owen Roberts International Airport terminal nearing full completion, despite the many challenges we faced with operations during all of the construction phases, we now turn our focus to implementing the ORIA airfield upgrades,” said CIAA CEO, Albert Anderson.

“The project has progressed past the 100% design phase and is currently into the tendering phase and bid evaluations, followed thereafter with contract award.”

Mr Anderson explained that careful planning and consideration have been given to completing the runway works in a timely, safe manner to provide the highest quality end product.

“With only one runway serving ORIA, the options were to complete the runway works at night over some 20 weeks, or to have closures during low traffic days and completed in a shorter timeframe and to a higher quality,” he said.

“Ultimately, the decision was made to have closures during the day in order to meet the key objectives of the Airport and its Airline partners. We are grateful for the airlines’ full support of this project, which will take approximately eight weeks to complete.”

This will allow a continuous period of 31 hours of work each week. Contingencies will be in place for emergency flight operations during these closures. All other sub projects will fall outside of the runway closures and will have limited effect on arrivals/departures at ORIA.

These scheduled runway closure dates have been selected due to historical data, which identifies this eight-week period as having the least demand for air carrier service at ORIA.

Any unforeseen project delays due to inclement weather or other complications beyond the control of the CIAA that could otherwise negate the ability to complete the runway surface work during any of the above-mentioned dates will not result in further closures of the ORIA runway.

“We are very grateful for the traveling public’s ongoing cooperation as we work to improve the infrastructure at ORIA, and in particular for their support of this initiative to reduce the timeframe and increase the safety of this necessary runway pavement work,” said Mr Anderson.