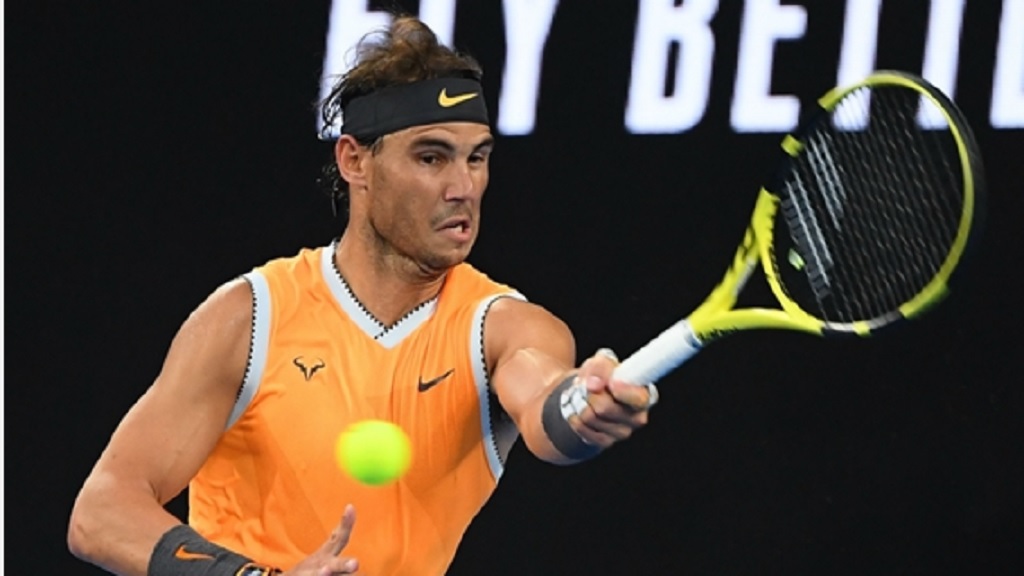 Rafael Nadal cruised into the fourth round of the Australian Open with a dominant 6-1 6-2 6-4 defeat of Alex de Minaur at Rod Laver Arena on Friday.

Facing an Australian opponent for a third consecutive match in Melbourne, Nadal again had far too much and the outcome appeared a formality from an early stage, his 250th win at a grand slam secured.

De Minaur did test the 2009 champion initially, dragging out the first three games of the match as he held his own and then threatened a break.

But Nadal was able to outlast the 19-year-old on each occasion that he threatened and was comfortable as he booked a meeting with Tomas Berdych in the next stage.

An energetic start from De Minaur saved four break points in his opening service game and he was almost swiftly rewarded for his effort, a challenge from Nadal denying his opponent an early break.

But the Spaniard's power soon proved too much for De Minaur and he led at 3-1 as the teenager went long, before easing through the remainder of the opener with another break.

De Minaur dug in again at the start of the second but he could not keep Nadal out, the favourite taking his time again but prevailing with a fifth break point when the ball went long once more.

And a one-sided contest continued as De Minaur was broken to love for 4-1 as he found the net in front of a now muted home crowd, allowing Nadal to go on to take a two-set lead.

Having made Nadal work hard for his breakthrough in the first two sets, De Minaur folded early in the third and immediately lost his serve, evidently tiring as he was worked back and forth across the court.

A hold to love gave the Australian fans some encouragement and De Minaur continued to fight to prolong the match, but Nadal never looked like letting his advantage slip.

Although five match points came and went in a remarkable finish, the veteran saw out victory.

Djokovic sees off Tsonga to reach third round

Wozniacki cruises through in Melbourne