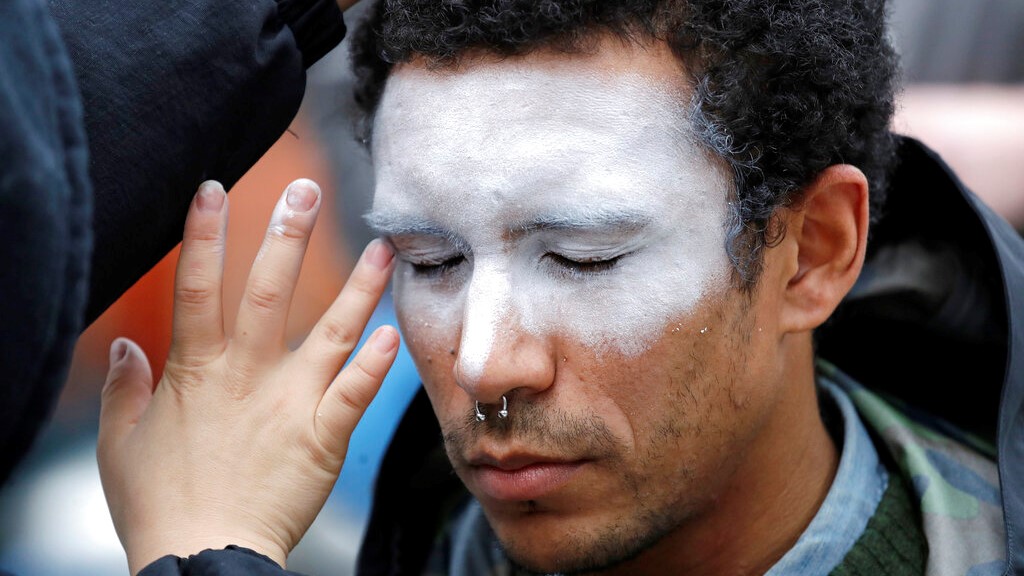 San Francisco supervisors voted Tuesday to ban the use of facial recognition software by police and other city departments, becoming the first U.S. city to outlaw a rapidly developing technology that has alarmed privacy and civil liberties, advocates.

"This is really about saying: 'We can have security without being a security state. We can have good policing without being a police state.' And part of that is building trust with the community based on good community information, not on Big Brother technology," said Supervisor Aaron Peskin, who championed the legislation.

The ban applies to San Francisco police and other municipal departments. It does not affect the use of the technology by the federal government at airports and ports, nor does it limit personal or business use.

The San Francisco board did not spend time Tuesday debating the outright ban on facial recognition technology, focusing instead on the possible burdens placed on the police, the transit system and other city agencies that need to maintain public safety.

"I worry about politicizing these decisions," said Supervisor Catherine Stefani, a former prosecutor who was the sole no vote.

The Information Technology and Innovation Foundation, a nonprofit think tank based in Washington, D.C., issued a statement chiding San Francisco for considering the facial recognition ban. It said advanced technology makes it cheaper and faster for police to find suspects and identify missing people.

Critics were silly to compare surveillance usage in the United States with China, given that one country has strong constitutional protections and the other does not, said Daniel Castro, the foundation's vice president.

"In reality, San Francisco is more at risk of becoming Cuba than China_a ban on facial recognition will make it frozen in time with outdated technology," he said.

It's unclear how many San Francisco departments are using surveillance and for what purposes, said Peskin. There are valid reasons for license-plate readers, body cameras, and security cameras, he said, but the public should know how the tools are being used or if they are being abused.

San Francisco's police department stopped testing face ID technology in 2017. A representative at Tuesday's board meeting said the department would need two to four additional employees to comply with the legislation.

Privacy advocates have squared off with public safety proponents at several heated hearings in San Francisco, a city teeming with tech innovation and the home of Twitter, Airbnb and Uber.

Those who support the ban say the technology is flawed and a serious threat to civil liberties, especially in a city that cherishes public protest and privacy. They worry people will one day not be able to go to a mall, the park or a school without being identified and tracked.

But critics say police need all the help they can get, especially in a city with high-profile events and high rates of property crime. That people expect privacy in public space is unreasonable given the proliferation of cellphones and surveillance cameras, said Meredith Serra, a member of a resident public safety group Stop Crime SF.

"To me, the ordinance seems to be a costly additional layer of bureaucracy that really does nothing to improve the safety of our citizens," she said at a hearing.

The city of Oakland is considering similar legislation.

Uber says it will keep self-driving cars in San Francisco

Facial recognition technology to be used at Cardiff 2017