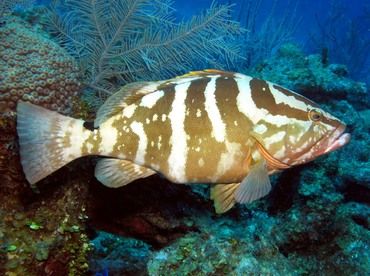 A recent journal article has commended the efforts by the Cayman Islands government to grow the population of the endangered Nassau Grouper.

In response to the findings of a 2003 study by the Scripps Institution of Oceanography at the University of California, San Diego, that found that the species of fish was endangered, Cayman’s conservation board closed off certain areas to fishing during the winter spawning period.

According to the study, this initiative, in addition to the enforcement of Cayman Islands’ marine protected areas, helped the species to recover.

The results of the research, which were published on January 6 in the journal, Proceedings of the National Academy of Sciences, found that the population of Nassau Grouper tripled between 2003 and 2015 around Little Cayman.

Since 2016, size and catch limits and an all-out fishing ban from December to April have been implemented by the government, resulting in the species' population growing from 1,200 in 2009 to over 7,000 in 2018.

According to Christy Pattengill-Semmens, Reef Environmental Education Foundation’s Director of Science: “This is an ideal approach for conservation. Just doing the science isn’t enough. You need to partner with groups and governments capable of turning science into conservation decisions that support the local community.”