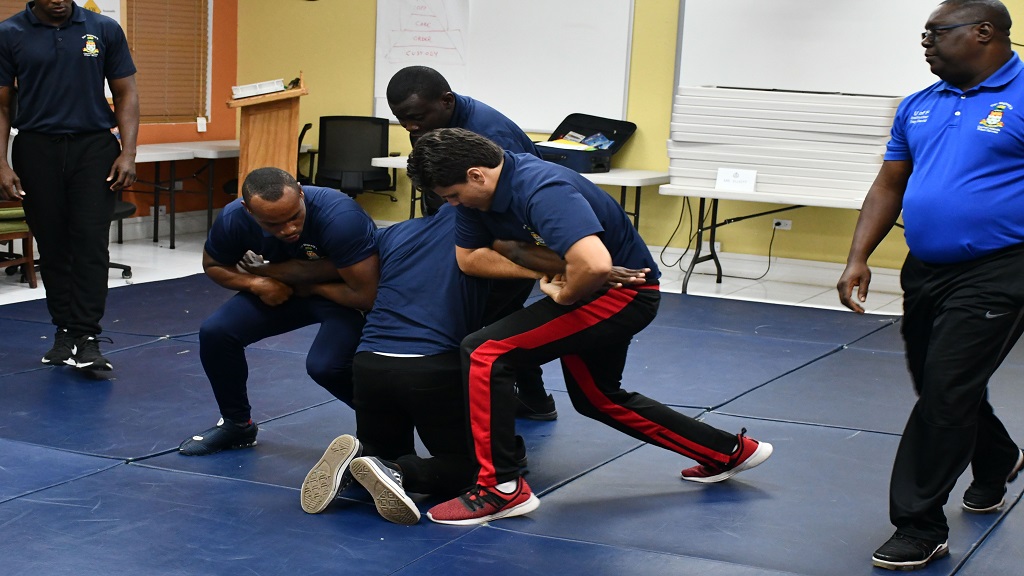 Almost 400 applications were initially received for the role, and the six successful candidates were selected following a rigorous, multi-phased selection process.

Applicants were required to participate in a series of reviews and examinations, and the best candidates were selected based on the results.

This included a first round review of applications prior to a written examination covering literacy and numeracy skills. Successful candidates were then invited to complete a fitness test.

Those who met the fitness requirements were then called to a competency based interview. Those who did the best in each round were offered a position.

The new recruits started on November 1 and are now progressing through preliminary training.

Spanning a 12-week period, the training covers the range of policies and procedures involved in the day-to-day duties of a prison officer, including the appropriate use of force, search exercises and interpersonal skills.

The training is then followed up by on-the-job coaching.

“The Ministry was very pleased to support HMCIPS through this recruitment process which ultimately found the most capable candidates for the positions. The newest recruits have joined a high performing team dedicated to making a difference in the lives of those under their supervision,” said Chief Officer for Home Affairs, Dr Dax Basdeo, JP.

The new prison officers will be stepping into an extremely varied role that is both challenging and highly rewarding, according to Prison Director, Steven Barrett.

Commenting on the role of a prison officer, Mr Barrett added: “There is no other job that is furnished with the gravity of responsibilities that are expected of prison officers. It is a remarkable occupation which requires a particular blend of skills and life experiences not required in other career fields.

“From my perspective, when we bring new staff into the organisation, it is another step along the continuum of change and progression. I encourage all staff, new and established, to challenge the way we do things for the ultimate betterment of those in custody, our staff and the communities we serve. I look forward to seeing the newest members of our team excel in their chosen career."