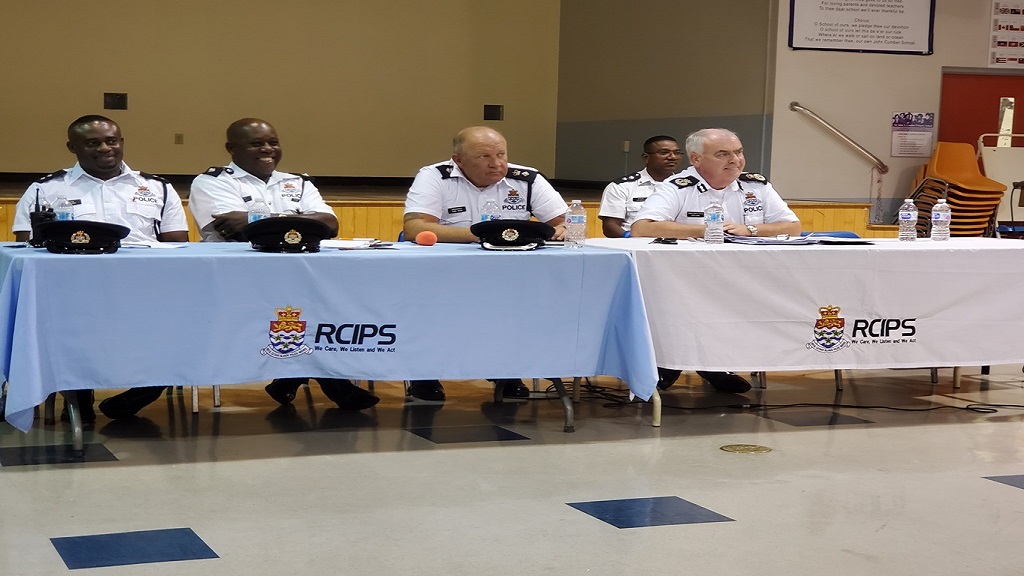 Speeding, loitering and littering were among the main issues raised by concerned residents at a West Bay Community Policing meeting last night.

Police Commissioner, Derek Byrne chaired the meeting at John Cumber Primary School where residents voiced their concerns and inputs about public safety issues in the district. Some 50 members of the public attended, including MLAs Tara Rivers, Bernie Bush and Capt. Eugene Ebanks.

During the two-hour meeting, the panel heard residents' concerns about traffic and road safety issues, including speeding, loitering and littering, and a local land dispute.

The Commissioner reassured them by informing residents of the hiring and deployment of new Community Safety Officers in the District. These officers are civilian, part-time personnel who will assist Community Police Officers with identifying and addressing emerging crime and safety issues.