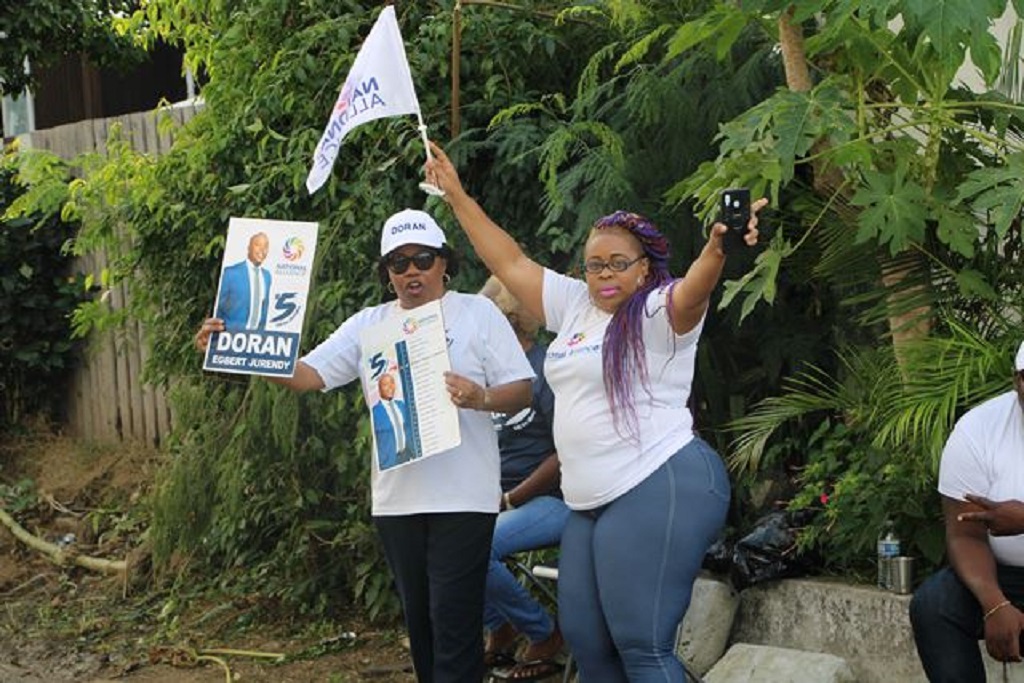 A coalition government will have to be formed again in St Maarten following the results of its Parliamentary Elections yesterday.

The Sint Maarten Government’s Department of Communications released the results after 4 am.

The UP party got four seats, the Party for Progress (two), the United St Maarten Party (two) and the United Democrats (one).

The newest political party on the scene, the Party for Progress (PFP) scooped up two seats in the election.

Political leader Melissa Gumbs says the party is humbled by the results.

Gumbs said: “We ran the best campaign we could with the time that we had. We incorporated this party in September 2019 which is unheard of and for a brand-new party, with brand-new people who never sat in government to garner two seats, it is almost surreal.”

The political party is also waiting to see what happens in relation to a coalition government.

Meanwhile, the People’s Progressive Party which came out empty-handed in the election, in a statement says although it did not get a seat in Parliament it will continue its community outreach and support.