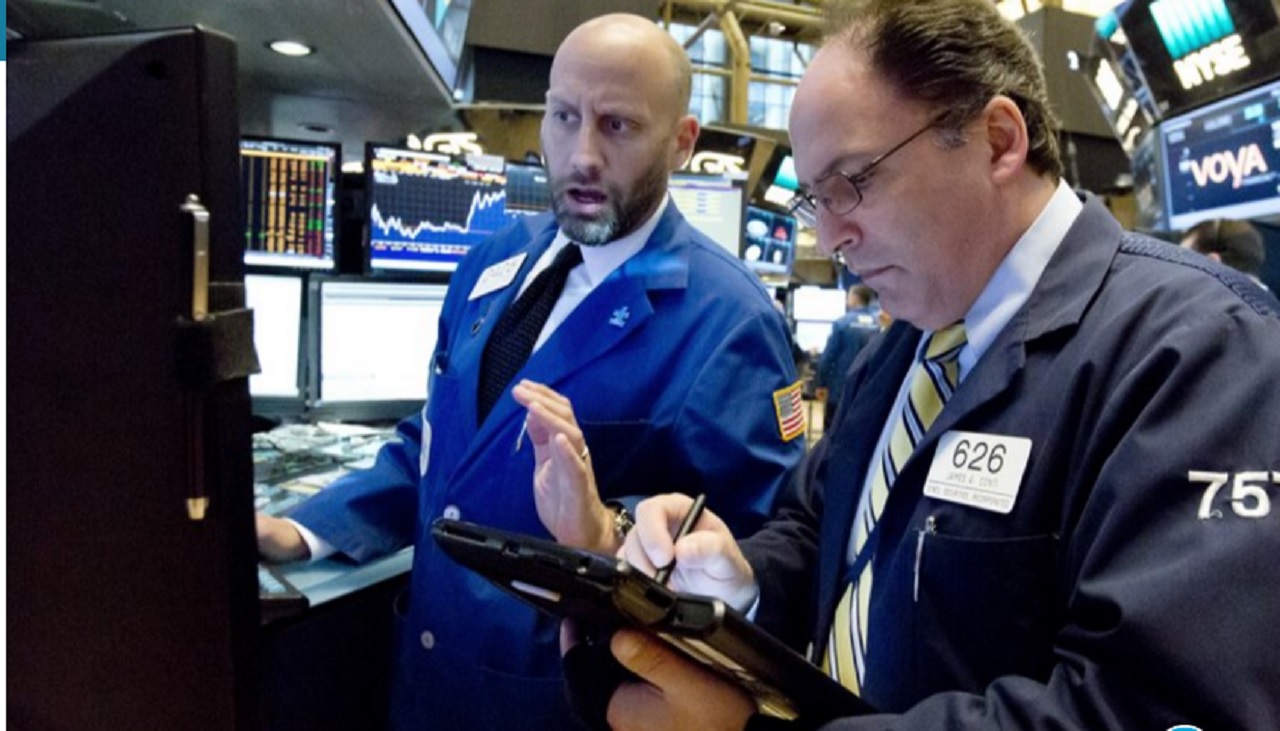 Specialist Meric Greenbaum, left, and trader James Conti work on the floor of the New York Stock Exchange, Wednesday, May 17, 2017. Stocks are opening lower on Wall Street as banks and industrial companies fall.

Investors worried that the headline-fueled political turmoil that has enveloped the White House may hinder President Donald Trump’s plans to cut taxes, roll back government regulations and other aspects of his pro-business agenda.

The steep drop ended an unusually long period of calm for the markets, which had been hovering near all-time highs.

Financial stocks, which had soared in the months since the election, declined the most as bond yields fell sharply. Bonds, utilities and gold rose as traders shunned riskier assets. The dollar fell.

“When you are at these valuations, the market has to reassess whether or not the agenda is actually going to be implemented,” said Quincy Krosby, market strategist at Prudential Financial. “What you’re seeing is a classic run toward safety.”

Small-company stocks fell more than the rest of the market. The Russell 2000 index sank 38.79 points, or 2.8 percent, to 1,355.89. Those companies would stand to benefit even more than large ones from corporate tax cuts Trump is proposing. They also had risen sharply in the months following the election.

The sell-off snapped an unusually long period of calm after hitting a series of record highs. On Tuesday the S&P 500, the benchmark favored by professional investors, marked its 15th straight day of moving up or down by less than 0.5 percent. It closed at its latest record high on Monday.

Trump had already been facing pointed questions about his discussions with Russian diplomats during which he was reported to have disclosed classified information.

“The controversy is not new, but this one really seems to be sticking,” said Erik Davidson, chief investment officer for Wells Fargo Private Bank. “The Trump economic program is either going to be delayed by this turn of events or possibly be derailed, that’s why investors are acting the way they are.”

The latest headlines ratcheted up the market’s unease. The VIX index, a measure of how much volatility investors expect in stocks, rose to its highest level since April 13. Investors shifted into U.S. government bonds, pushing yields lower, and into gold. The precious metal jumped 1.8 percent, climbing $22.30 to settle at $1,258.70 per ounce.