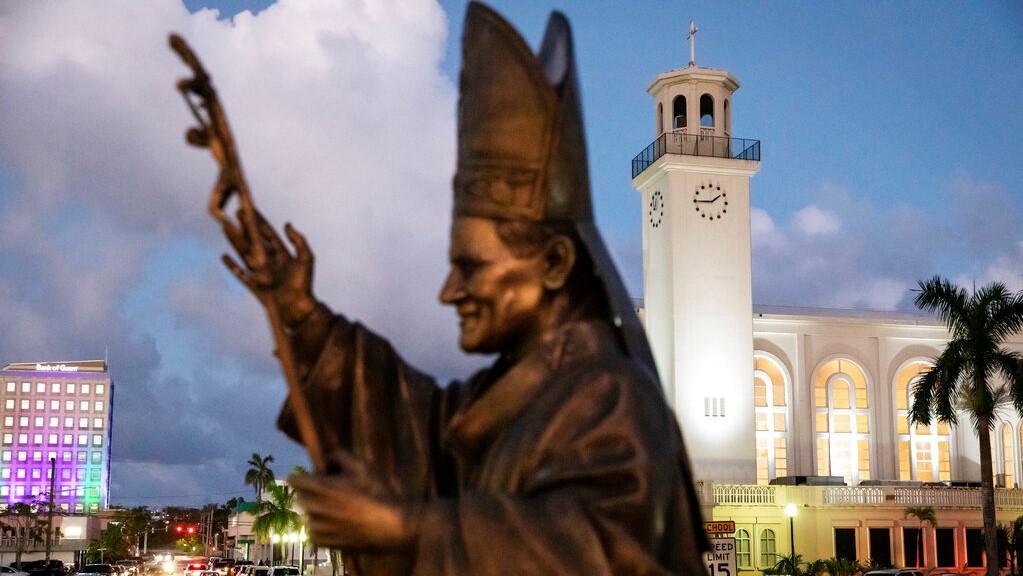 Isolated on an emerald green hunk of volcanic rock closer to Tokyo than Honolulu, people on the U.S. territory of Guam like to joke that whatever happens on the mainland takes a long time to reach them. While the U.S. Catholic Church has been roiled by the child sexual abuse scandal for nearly two decades, the island's faithful are still reckoning with new revelations from survivors long shamed into silence by men who claimed divine authority.

At least 223 lawsuits have been filed against 35 clergymen, teachers and Boy Scout leaders tied to Guam's Catholic archdiocese. The archdiocese has filed for bankruptcy protection, and survivors have until Aug. 15 to come forward.

The recounted cases of clergy abuse here go back as far as the memories of the oldest living victims, grey-haired men still grappling with the emotional scars of childhood traumas repressed for decades. They say they were raised to see members of the clergy as God's infallible emissaries on Earth, in a culture that emphasizes strict obedience to elders and enduring hardship without complaint.

"Back in the old days, there were untouchable," said Ramon De Plata, one of those who have filed suit.

Nearly four centuries after the arrival of the first Jesuit missionaries, Catholicism is deeply ingrained in the culture of Guam's indigenous people, known as Chamorros. More than 85% of Guam's 165,000 residents identify as Catholic. By comparison, it's 36% in one of the most Catholic cities on the mainland, Boston.

A towering white cathedral built on the site of the island's first church dominates the skyline of Hagåtña, the sleepy capital. Those old enough to remember often cite Pope John Paul II's visit in 1981 as the most thrilling event of their lifetimes, memorialized by a bronze statue of the now-sainted pontiff designed to slowly rotate on a concrete pedestal.

Scenes of daily life are often set against a colourful backdrop of the island's Catholicism. Streets on Guam are often named for bishops and priests, including some now accused of sexually abusing children.

A mural depicting Pope Francis with the hashtag #popeisdope decorates a building along the main shopping district in Tumon. Graduates of a local high school are celebrated at a special Mass at the island's main cathedral. A handful of faithful gathered on Saturday at a makeshift altar in a bakery, surrounded by bags of flour and corn, to recite 2,000 Hail Mary prayers.