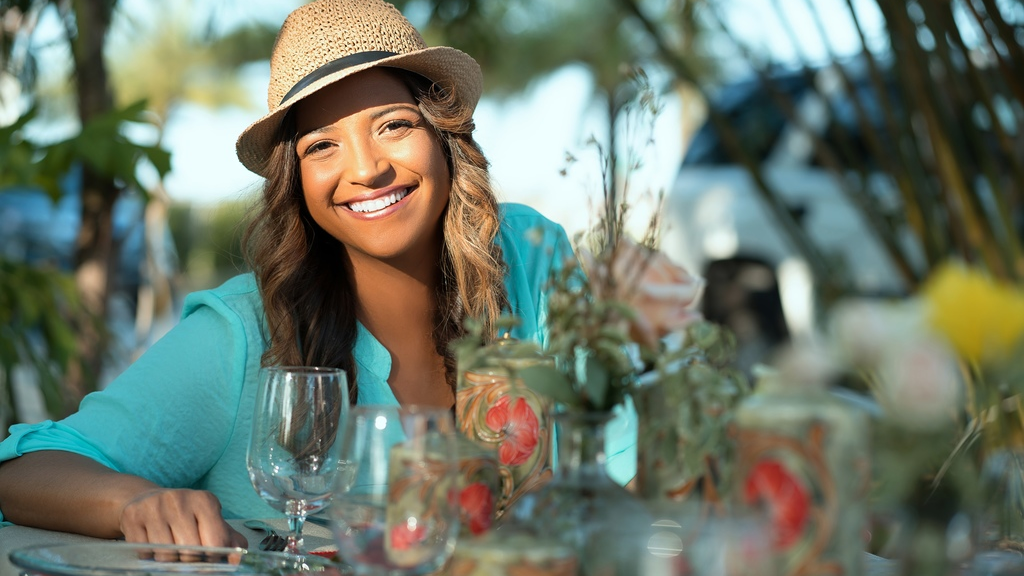 Her food infuses Caribbean, African, Latin, Asian, French and Mediterranean styles together for a truly international plate. But she never wanders far from lessons learned in her Haitian grandmother’s kitchen: to always champion fresh food and fresh ingredients — and a little spice, of course.

“In the Caribbean, we cook with lots of herbs and spices,” says Chef Thia about her process. “Every meal is delightful and mouth-watering because we don’t hold anything back.”

She also became co-host of “Taste The Islands,” the first-ever nationally-syndicated Caribbean cooking show on public television in America.

Along the way, she never forgets to add a little spice to everything she does, like this Argentinian-inspired steak recipe. She seasons the meat with her signature “Chef Thia’s Spice,”  injecting a vibrant blend of fresh flavors.

PRO TIP: Want to make an easy compound butter? Save your leftover chimichurri sauce and blend it with some soften butter in a food processor. Then roll the mixture in plastic wrap and freeze until you’re ready to use it.

For the Chimichurri Sauce:

For the Chimichurri Sauce:

Who does it best? Pepperpot

How to avoid food allergy traps at holiday gatherings