Team Nolan donates an incubator to the NICU at the HSA 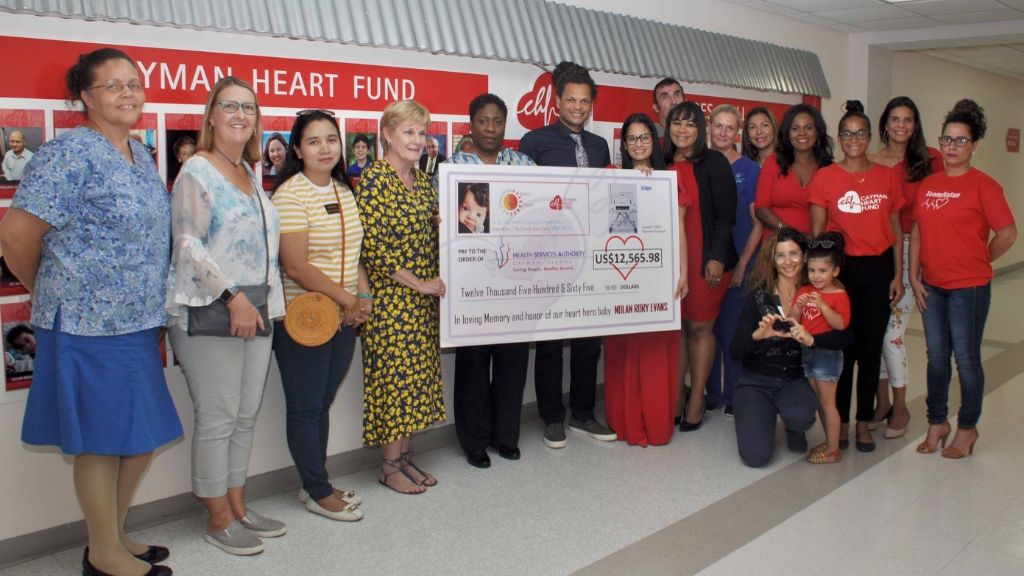 Team Nolan, in collaboration with the Cayman Heart Fund (CHF), donated approximately US$12,600 last week for the procurement of a vital piece of equipment that will benefit the most vulnerable patients at the Cayman Islands Health Services Authority (HSA).

A neonatal transport incubator will be used by the Authority’s Neonatal Intensive Care Unit (NICU) staff to help keep vulnerable patients, such as premature infants or infants with other health issues, safe while being transported to another healthcare facility for further treatment and/or care.

The initiative was launched after Team Nolan’s Pediatric Program raised and donated approximately KYD$45,000 to the CHF which, through correspondence with the HSA-NICU team, ascertained that the incubator was a critical need of the unit. The CHF then allocated part of the proceeds to the full coverage of the incubator’s cost.

Ailian Evans, who is a member of the CHF board of directors and a founder of Team Nolan, expressed her absolute delight to the CHF board in being instrumental in assisting the HSA to acquire such an important piece of emergency transport equipment to aid the safe transportation of infants. Mrs Evans also stated that the passing of her baby son Nolan in 2018 continues to be her driving inspiration to help critically ill infants. Nolan passed away at seven months old after a battle with complex congenital heart defect.

“Recently Team Nolan officially joined the Cayman Heart Fund,” said CHF Chairman Dr. Bella Beraha. “United we aim to help alleviate some of the burden families face when diagnosed with congenital heart disease (CHD). A brand new state-of-the-art neonatal transport incubator, like the one Team Nolan’s donation will help the HSA to procure, is an invaluable piece of equipment that will undoubtedly help many babies in our community. CHF is proud to be affiliated with Team Nolan and look forward to our continued work together.”

The new neonatal transport incubator has been ordered and is expected to arrive on island by the new year.It is portable, customizable and provides protection from the environment, possible infections, noise and drafts. It has ventilation, temperature controls,allows quick and easy access to babies for intubation or CPR and allows blood pressure and cardio/respiratory monitoring.

“We are incredibly grateful to the Cayman Heart Fund, Ailian and Sean Evans, who are the parents of the late baby Nolan, and their team of fantastic supporters who have helped to raise such a significant donation for our unit,” said Maternity and NICU Nurse Manager Charmin Fennell. “Acquiring one of the best transport incubator for the neonates, will ensure that our babies are kept safe, monitored while being transported outside of the HSA for further care and treatment.”