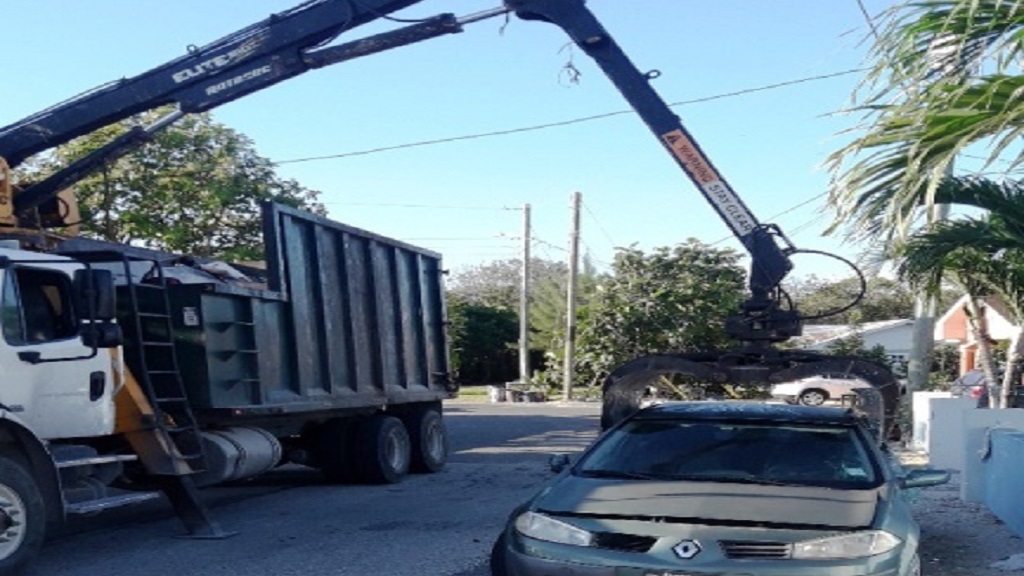 Three derelict vehicles have been seized in West Bay as part of a police-led community clean up.

West Bay Community Officer, PC Eugene Myles organised for derelict vehicles throughout his beat to be collected by the Department of Environmental Heath on Friday, March 29 - and a total of three vehicles were taken from different areas in the Beat 11 section of West Bay.

Projects like these are usually led by community concerns over the depreciation of their neighbourhoods as a result of these abandoned vehicles and other unappealing sights, such as abandoned buildings or overgrown foliage.

The Community officers then liase with partnering agencies such as the DEH, Public Works Department, the NRA, the DOA and others, and a date and time appropriate for both organisations is set for the work to be done.

Such projects are easier to organise with there is a Neighbourhood Watch Committee in place in a community.

If you have similar issues in your neighbourhood or have other concerns for which you would like the assistance of your Community Police Officer, visit the RCIPS website to see what beat you fall under and who your officers are.

If you need any additional information, feel free to call any of the district police stations and someone will direct your call.