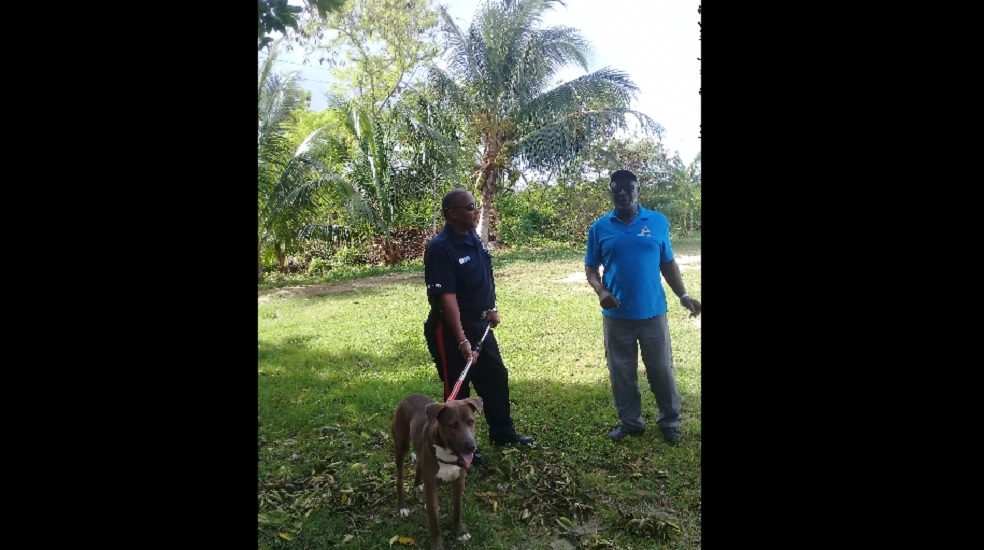 Three dogs were captured after a man reported last Thursday that he was bitten by one of the dogs in West Bay.

According to the man’s report, he was chased by three stray dogs in the vicinity of Finch Drive while riding his bicycle, and was bitten on the ankle by a dog.

Following the incident, the Neighbourhood Police Officers along with DoA Animal Control officers executed a joint operation  in the area during which all three stray dogs were captured.

RCIPS Officers and DoA say that they will be collaborating closely this year to run joint operations and remove the threat that ferocious dogs can pose, especially to children.

“Dog bites and attacks are a very real public safety concern and we need the support and cooperation of the public and all of our partners to address it,” said Brian Crichlow, Assistant Director of the Department of Agriculture.

“Joint operations like these with the RCIPS are one critical step, along with the continued outreach and education of dog owners,” he added.

“Ferocious dogs, whether they be strays or not, are a regular complaint of residents,” said Inspector Lloyd Marriott, Area Commander of West Bay.

“They cause real fear on the street.  If residents provide us with good descriptions and the location of animals who are posing a threat, we can work more effectively with DoA to address it” he added.

Last year, the police say that they responded to 142 reports of ferocious dogs, 39 reports of dogs dangerously out of control and 32 stray dogs reports.

Already this year, there have been 8 reports of ferocious dogs, with 2 reports of dogs dangerously out of control and 3 reports of stray dogs.