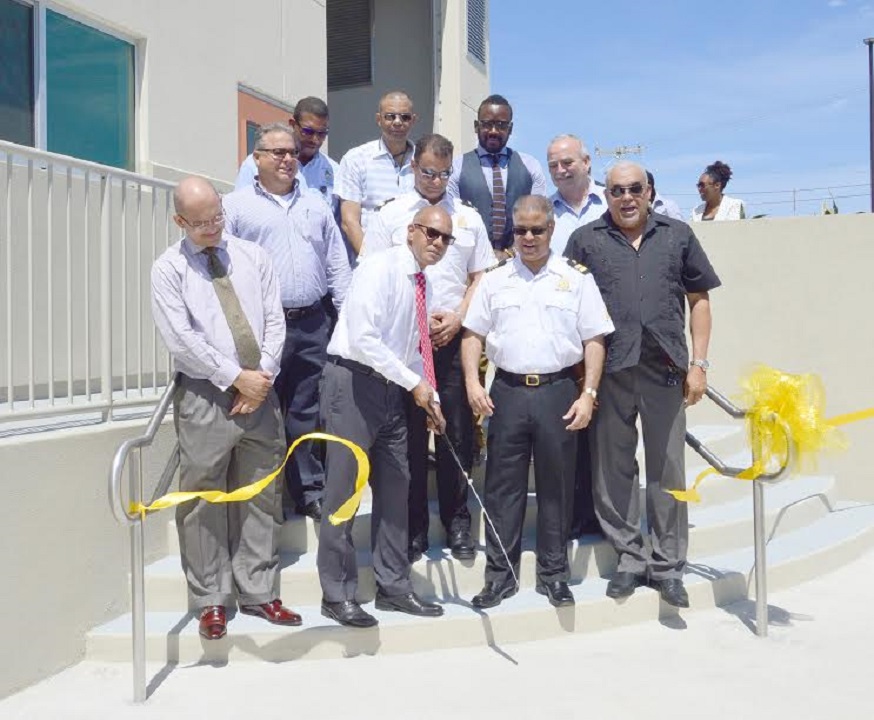 The new $1.3 million building, which is Customs’ first in 23 years, boasts 3,000 sq. ft. and is located on Portland Road, next to the Port Authority’s Cargo Distribution Centre.

“This is a happy day for Customs and the CI Government and the people of the Cayman Islands. Not only will revenue collection be enhanced thanks to the new facility, but customers will get better service,” said Minister Archer at the official opening.

“I applaud the Collector of Customs and all his staff, PWD staff and the private contractor for their collective efforts in making this facility a reality,” added Archer.

Archer further lauded the departments for being on-time and on-budget in the completion of the project.

“I am delighted that the department exercised diligence throughout the project so that the staff and customers can have a better experience in their dealings at Customs. I especially laud them since there have been no overruns in project cost,” said Archer.

Financial Secretary and Chief Officer in the Ministry Kenneth Jefferson also used the occasion to give “Kudos”  to the Collector and his hard-working staff .   Staff who Jefferson notes  “ have ensured that a valuable tool in detection and revenue collection – the mobile scanner – will now be properly protected and housed in this new facility when it is not in use.”

“I wish to commend Deputy Collector Jeff Jackson and Assistant Collector Philip West for their leadership and perseverance in bringing this project to completion,”  said Collector Clifford  who echoed the sentiments of Jefferson.

“This new facility will prolong the life of our scanner truck which has been exposed to the elements since its acquisition. The new building will also provide state of the art offices and facilities for our valuable staff who will work here and our customers. Additionally, the building is certified to Category 5 Hurricane Standard and will be used to ensure business continuity in the event that our Headquarters and any other Customs operational centre become inoperable for any reason, “added Clifford .

It is home to the department’s $2.36 million mobile x-ray cargo scanning truck which has been in operation from early 2012 but previously exposed to the elements.

Planned and designed by Public Works to Customs’ specifications, the hurricane-rated structure will also provide office space for Customs officers assigned to the department’s Freight Security Initiative Section as well as the Container Processing and Inspection Unit and administrative offices.

Since being commissioned, the mobile x-ray scanning truck from Smith’s Detection in France, has been cited as being successful at preventing illegal firearms and other contraband from being imported as well as stopped the export of stolen goods from robberies and burglaries

Archer and Bryan get into verbal spat on radio, Archer issues ultimatum to radio manager