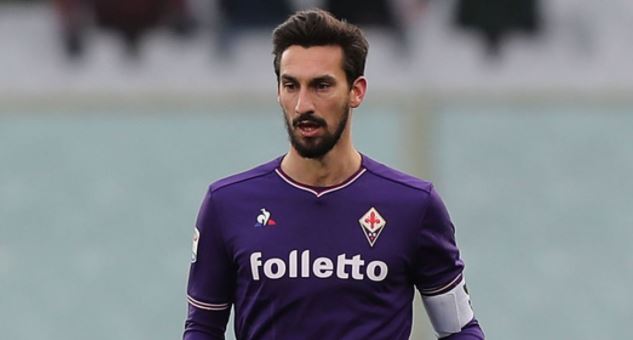 Astori was found in the early hours of Sunday morning in his hotel room in Udine, where the team was staying ahead of an Italian league match.

He died in his sleep and was discovered by teammates when he failed to show up for breakfast.

"Fiorentina is profoundly shaken that it finds itself forced to announce that its captain Davide Astori has died, hit by a sudden illness," said a brief statement.

"For this terrible and delicate situation, and above all out of respect for his family, we appeal to the sensitivity of everyone."

Fiorentina's match against Udinese was immediately called off, swiftly followed by Genoa vs. Cagliari, which was scheduled to kick off shortly after the news emerged.

The rest of Sunday's Serie A fixtures were also postponed a short time later.

The players in Genoa were warming up on the pitch when they were told of Astori's death and several walked off in tears. When the match was officially called off a photo of Davide Astori was shown on the giant screen and the fans broke out into a spontaneous standing ovation.

Astori's body has been taken to the Santa Maria della Misericordia Hospital for an autopsy.

Astori leaves behind a wife and two-year-old daughter.

Tributes from players and clubs have been flooding in on social media.

Astori started out in the Milan youth academy but never played a senior match for the Rossoneri, making his Serie A debut with Cagliari in 2008.

He spent six years at the Sardinian club before loan spells at Roma and Fiorentina, where he was signed on a permanent basis in 2016.