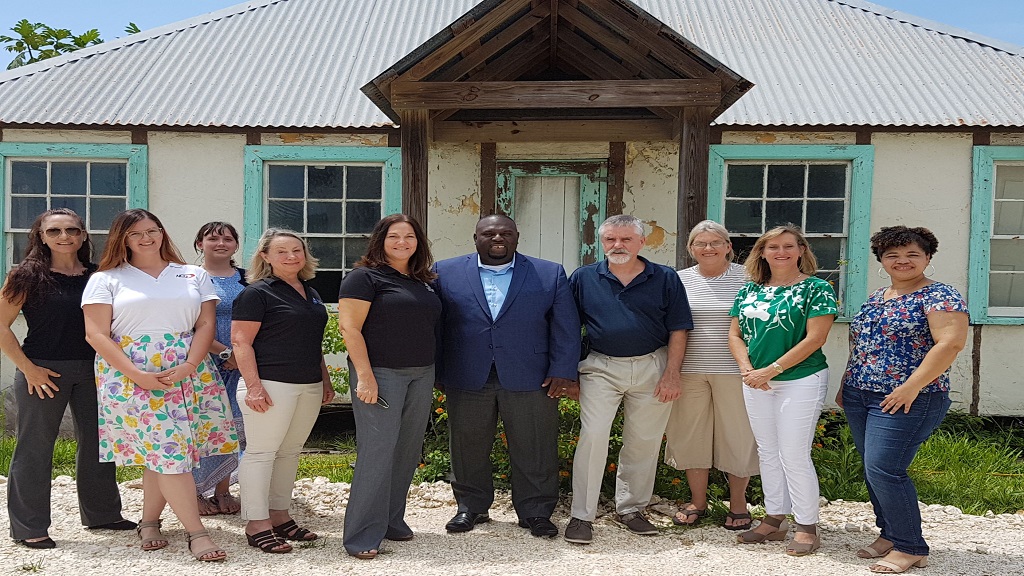 A traditional Caymanian-style cottage from the early 1800s has been saved from destruction by relocating it to the Mission House property in Bodden Town.
The Ministry of Culture, along with the National Trust for the Cayman Islands (NTCI) and other heritage stakeholders, took the lead to save the traditional property, known as the Clayton Nixon home.
The Ministry has just concluded the procurement exercise for a relocation operation that will involve relocation and some post-move reassembling of the cottage which is currently located across from Citrus Grove on Goring Avenue in George Town.

The dwelling is named after a former owner and is thought to have been constructed by his grandfather.

Minister for Culture, Hon. Dwayne Seymour, said that in mid-2018 his Ministry learned that the cottage, which is on the National Trust’s Register of Historic Buildings, was in danger of being demolished due to the upcoming development of Citrus Grove II.

Minister Seymour said: “The structure is one of the few remaining examples of an early home, and according to records, was possibly one of the first homes owned by a former slave. It is also a fine example of traditional Caymanian construction techniques with walls that include wattle and daub as well as limestone.

"We quickly decided that we had to save this fine aspect of our built heritage from demolition."

Mrs Frazier conducted research to verify the historical value of the property, which she developed into a report, while vernacular architecture expert, Mr Doak conducted an as-built survey and produced a report of the house.

CINM Museum Director and NTCI Historical Advisory Committee member, Dr Leshikar-Denton researched the step-well on the property and produced a report for the group. NTCI HAC member Sue Gibb assisted with the ground survey along with a small group of volunteer archaeologists from the Southern USA.

The volunteers' travel to Grand Cayman to do the pro-bono work was enabled by a grant from Minister Seymour, while Jerry and Cathy Frazier hosted them at their home for the short stay.

National Trust Executive Director, Nadia Hardie said: “The Trust is delighted to have been involved in the preservation of the Clayton Nixon house – which is a historic treasure of national significance as it offers invaluable insight into traditional architecture of that era – and in providing a home for it at our signature property the Mission House.

"One of the mandates of the Trust is to promote an awareness for and appreciation of the Cayman Islands’ built heritage and to preserve places of historic significance. Our Historic Advisory Committee has been instrumental in documenting, recording and registering the Clayton Nixon house and stepwell, along with other historic properties across all three Cayman Islands.”

Noting that there is currently a gap in existing legislation, whereby Caymanian built heritage is adequately protected, Chief Officer Jennifer Ahearn says that addressing this gap is a priority goal of the National Culture and Heritage Policy.

“The Cayman Islands has developed so quickly over the past several decades that we have lost some irreplaceable historical structures and others are still at risk today," she said.

The Chief Officer also thanked developers NCB Group for their support for the relocation.

Deputy Chief Officer, Nancy Barnard noted that it was thanks to the developers’ representative, NCB Group - which brought this to the culture and heritage organisations’ attention - that the home will be saved.

“It often starts with the passion of just one individual, in this case recent NCB’s Caymanian university graduate Ally McRae, to enable these types of initiatives to take place.” Mrs Barnard said.

“The developers have paused their activity for months while we get the logistics in place. Saving this fine example of built heritage is aligned with the Culture and Heritage Policy direction five: ensuring the place of culture and heritage in development.”

The next steps for the Ministry of Culture are awarding the job to the successful proponent, working with the Public Works Department to seek Planning permission, and developing a medium and long-term plan for the use of the house after it is relocated.

Matthew Wight, Managing Director of NCB Group said: “As developers, we had no hesitation in collaborating with this project. The built heritage of the Cayman Islands contributes to our understanding of ourselves and to our quality of life. We believe it is one of our country’s most important cultural assets.”