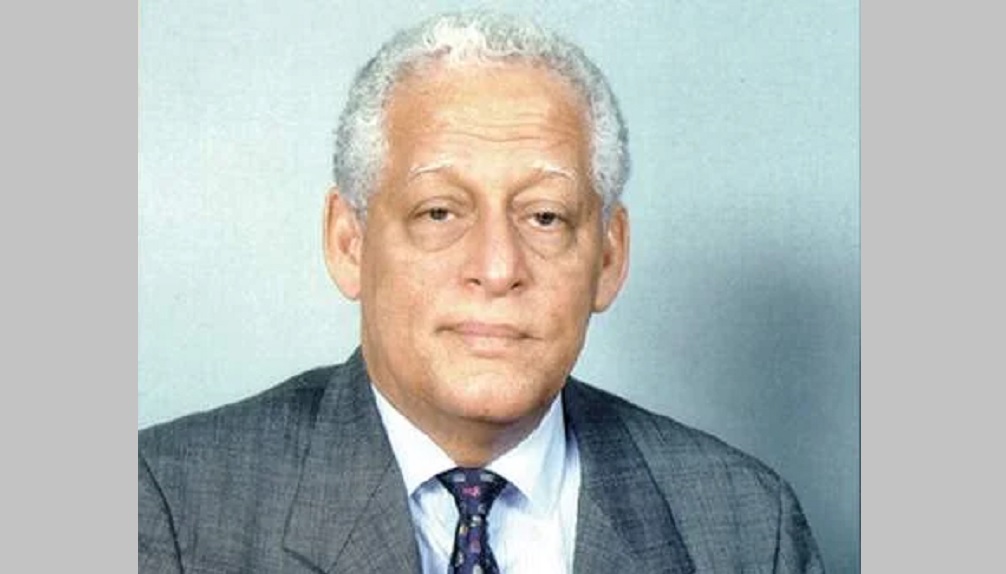 Caribbean leaders and the University of the West Indies (UWI) have been paying tribute to regional giant, Sir Alister McIntyre who passed away on Saturday.

The 87-year-old Grenadian national who was a former UWI Vice-Chancellor and who dedicated more than five decades of his life to regional development, died in Jamaica where he had made his home for a long time. He was born Meredith Alister McIntyre but was known throughout his life by his middle name.

Jamaica’s Prime Minister Andrew Holness has described the former UWI Chancellor as “A foremost actor in our evolution as Caribbean people.

“His experience at the forefront of the post-independence movement and as an intellectual voice in the creation of the modern Caribbean economic and political identity, gave him a breadth of knowledge and experience that has benefited generations of Caribbean leaders and thinkers,” Holness said.

Holness noted that as the former secretary-general of Caricom between 1974 and 1977, Sir Alister spearheaded the movement towards integration.

Former Jamaican Prime Minister, PJ Patterson in his tribute, said Sir Alister was “an intellectual giant whose monumental contribution to the integration movement will forever endure in our collective memory.

“This, along with his tremendous contribution to academic discussions on the economic development of the region as well as economic integration between states, placed him as a foremost actor in our evolution as Caribbean people,” said the former Jamaican Prime Minister.

Patterson noted that Sir Alister McIntyre devoted his entire life in service to the region. “He was an outstanding CARICOM Secretary General as we moved from a Free Trade Association into the Caribbean Community. His mastery of the complex technical issues pertaining to trade, finance, and the development agenda provided the backbone for the ACP throughout the Lome negotiations,” Patterson added.

Patterson said The UWI will remain forever in his debt because of the leadership he provided to vastly expand the scope and increased access to tertiary education in this new era of technology.

“I feel a very special sense of loss at the sudden departure of a highly revered colleague whose astute advice and generous support were always available within a close and lasting friendship,” said Patterson.

For her part, Barbados’ Prime Minister Mia Mottley said Sir Alister was “one of the Titans of the post-independence Caribbean.”

Mottley said the region and the wider hemisphere benefited immensely from the depth of thought and analysis that this former economics lecturer, Director of the Institute of Social and Economic Studies of the UWI (since renamed in honour of Sir Arthur Lewis), Secretary General of Caricom, Deputy Secretary-General of UNCTAD, and Assistant Secretary-General in the Office of the Director General for International Economic Cooperation at the United Nations brought to the affairs of the people of the Caribbean and the world.

Fellow regional giant, Sir Shridath Ramphal, who shared a close friendship with Sir Alister for more than five decades, said that with his passing, “a precious light has gone out in our Caribbean world”.

“He had devoted his life to Caribbean unity and was already, as he went, worrying over the darkening of the regional scene that threatens. The region's debt to Alister is payable only in a new enlightenment that makes Caribbean oneness the reality for which he lived,” said Sir Shridath, a former secretary-general of the Commonwealth and former chancellor of The UWI.

Phillips said Sir Alister was the quintessential Caribbean man who believed in the potential of the people of the region and was committed to their advancement through education, integration and economic independence.

“Though he hailed from Grenada and ultimately settled in Jamaica, he belonged to the entire Caribbean. Sir Alister will truly be missed,” Phillips said.

And Vice Chancellor of The UWI, Professor Sir Hilary Beckles, said “The love and respect we carry in our bosom for him will bloom a thousand blossoms.”

Sir Hilary said the people of the Caribbean, and the UWI “will not be impoverished by his transition because the phenomenal richness of his contributions to their growth and transformation will continue to yield development dividends deep into the future.”

CARICOM: Heads of gov’t will not interfere in Venezuela’s politics

The World Health Organization's most recent update on Coronavirus