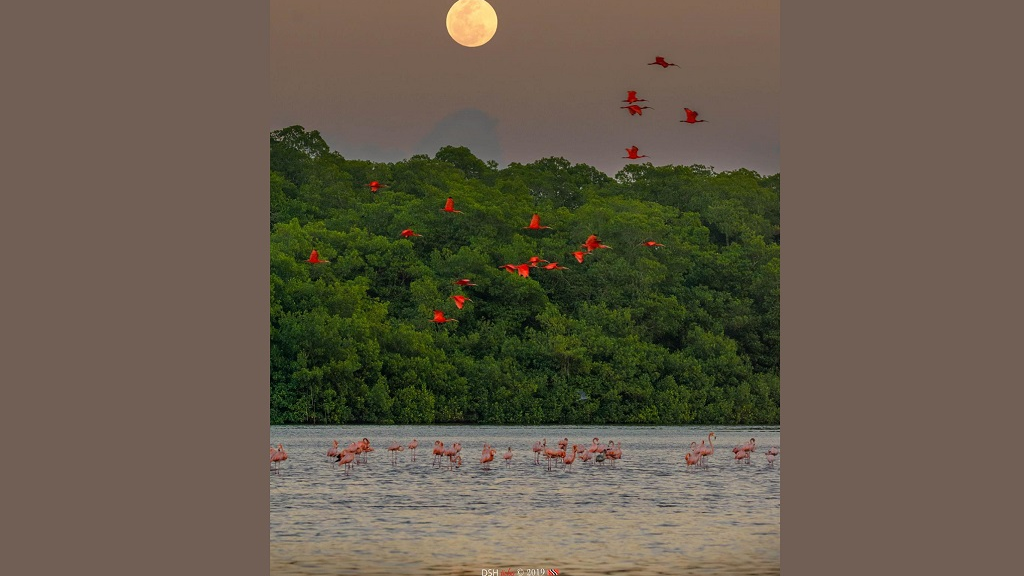 Among many photos taken of the 'blood supermoon' and lunar eclipse earlier this month, one photo shared online drew likes and comments from hundreds of Trinbagonians.

The photo, taken in the Caroni Swamp, showed the country's national bird flying in to roost alongside visiting flamingos beneath a glowing full moon.

Photographer David Huggins told LoopTT that he narrowly missed getting this captivating image.

"I had actually decided I wasn’t going to the swamp that day but my girlfriend persuaded me and said 'you have to go'. We were expecting a lot of scarlet ibis to come in, they usually come in early (in the evening), but they were late, so we were joking that they went to a breakfast party," he laughed.

"As they started to come in the moon came up and I wanted to capture what was in the foreground…we were actually wondering whether the flamingos had taken up residence in Trinidad as although they're migratory, we've been seeing them in the swamp for the past 12 months...they seem to like Trinidad."

Huggins said although he does composite photos (several photos layered into one image), the photo seen above is one single shot.

“This isn’t a composite, I used to love to do moonrises and I used to do composites. But my photography has always been about showing the truth, I don’t like to edit too much. So even my composites would reflect what I saw. I always want people to see what I see. If I take a photo of it, you should be able to go to the same space and see that I was telling the truth," he said.

Huggins said although some of his photos have gone viral before, they were usually popular with followers abroad, and he is pleasantly surprised to see so many fellow Trinbagonians like his photos. 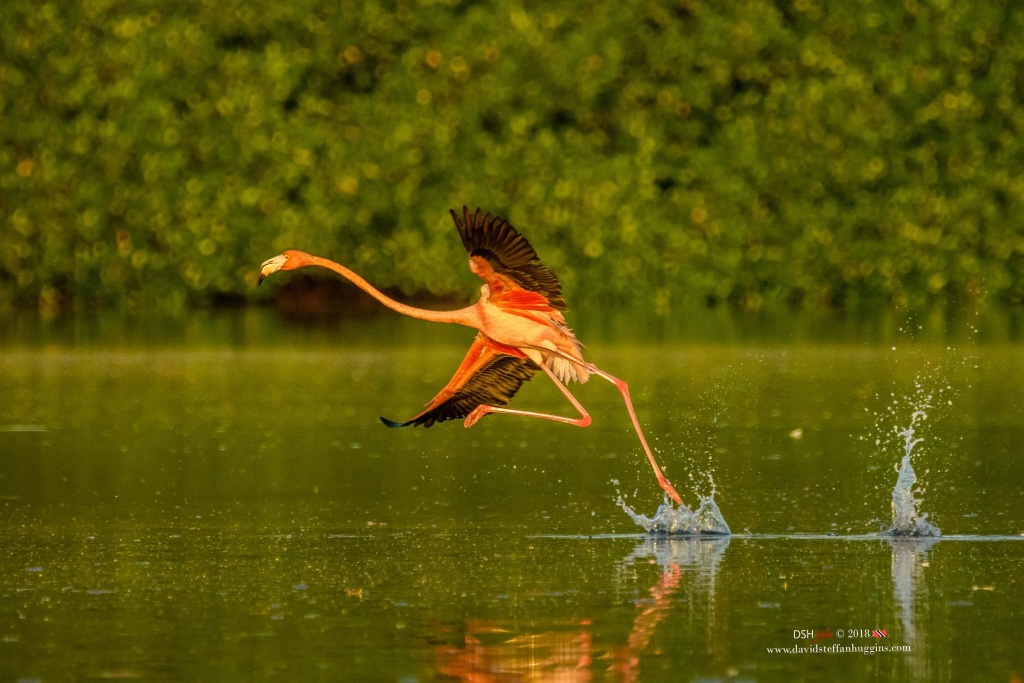 Huggins said however that he's not looking to be in the limelight, but rather, wants his photography to help make a change for the better.

“I like to highlight the good stuff and I believe in merit. If your stuff is good you should be rewarded, it shouldn’t be because you know somebody. So far I don’t think I’ve benefitted from my work in a great way, but I’m still hopeful."

Since starting photography in 2013, Huggins said he has not looked back since.

He said while living in the UK, he bought a simple point-and-shoot and began taking photos. In 2013, he bought a digital camera (Sony NEX) and used it to hone his craft.

“I remember seeing another person who had a better camera than mine and they were giggling and shoo-shooing, but I knew I could do something and do better, once I worked at it. And even now, I'm still working on being better," he said. 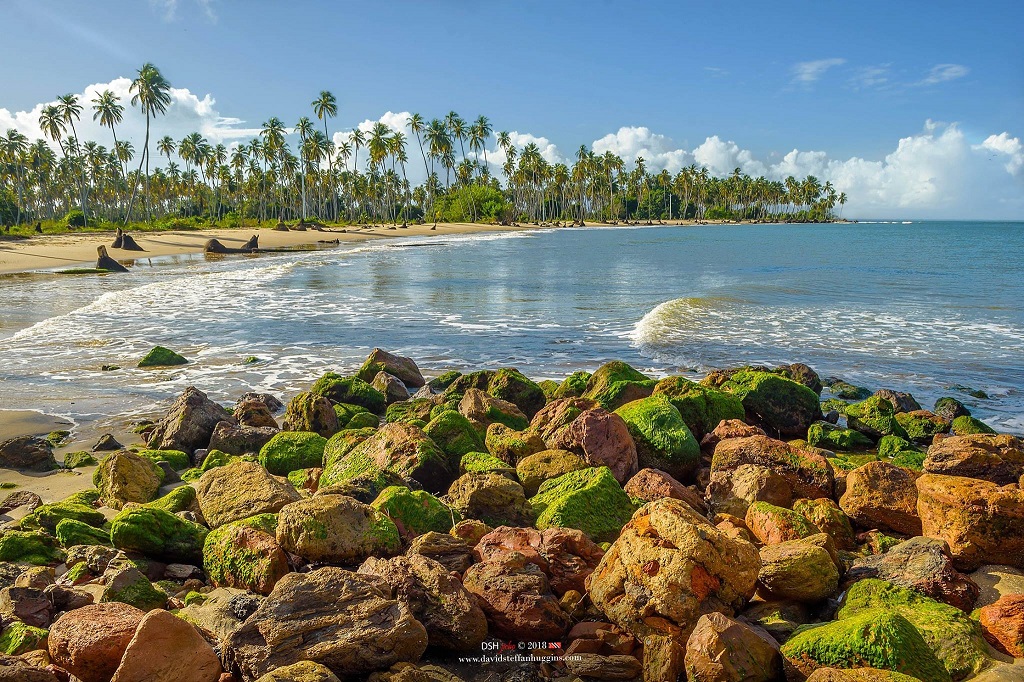 Huggins is mostly self-taught but also attended a photography course at the UWI Open Campus. He also supports photography in all its forms, even if all one owns is a mobile phone.

"Photography is for everyone. For instance, for my friends with mobile phones, when they ask me if I saw the moon I’d tell them, take a picture. I’d tell people to enjoy the moment and take the picture," he said.

Huggins is also encouraging up-and-coming photographers to pursue their craft,

He wants people to also support the country's conservationists and tour guides as they help to show the country's most beautiful asset - the environment - to the world.

“It’s not just about photography it’s about helping our environment, it’s about seeing things change for the better. I don’t want to be famous for stuff, I just want to improve things," Huggins said.

He is encouraging the public to support Winston Nanan's Caroni Bird Sanctuary Tours, either through donations or other support, as they work to show the country's national bird to visitors from around the world.

Going Green: Staying at these five hotels can help the environment