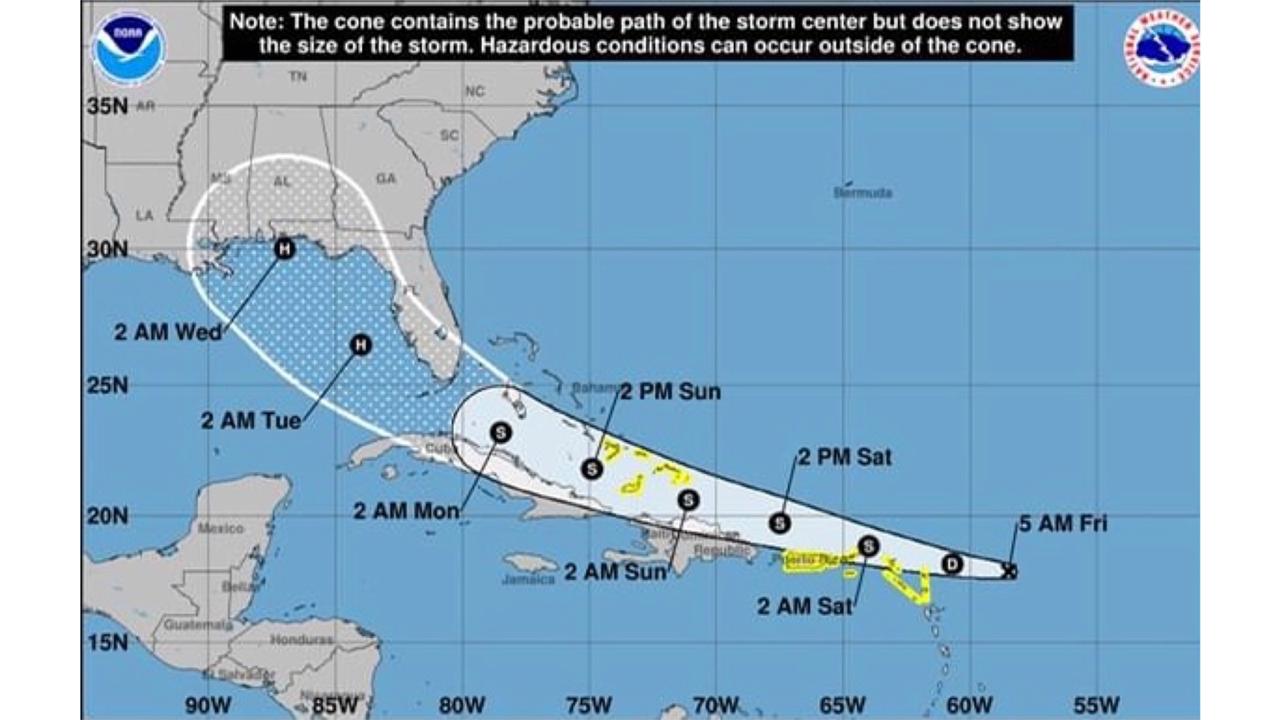 As Tropical Depression 13 continues to approach the Northern Leeward Islands, The Bahamas Meteorology Department has issued an advisory which said a Tropical Storm Watch is now in effect for the islands of the Southeast Bahamas.

A Tropical Storm Watch is also in effect for the Turks and Caicos Islands.

As the Meteorology Department explained, a Tropica Storm Watch is, in essence, a warning that tropical storm conditions could be experienced within 48 hours.

A Tropical Storm Alert is now in effect for the islands located in the central Bahamas.

The MET Office said residents of the aforementioned islands should brace for Tropical Storm Conditions within the next 60 hours.

At 5 am, the centre of Tropical Depression 13 was located approximately 305 miles east of the Northern Leeward Islands or about 860 miles east-southeast of Grand Turk and the Turks and Caicos Islands.

According to an advisory issued by The Bahamas Meteorology department just after 6 am on Friday, the depression is moving toward the west-northwest at 21 miles per hour.

This is expected to continue for the next few days.

On the forecast track, the depression is expected to move near or north of Hispaniola on Saturday night and in the vicinity of the southeast Bahamas and the Turks and Caicos Islands by early on Sunday.

Maximum sustained winds are near 35 miles per hour with higher gusts.

The depression is expected to strengthen gradually and become a tropical storm over the weekend.

Flooding and gusty winds are expected in affected islands as the system approaches.

Residents in the Turks and Caicos Islands and the Southeast Bahamas are being advised to continue preparation for Tropical Storm conditions beginning early Sunday morning.

Residents in the central Bahamas have been told to expect tropical storm conditions by Sunday afternoon.

All residents and citizens have been told to closely monitor the alerts issued by the Meteorology Department.

Bahamian MP one of 79 who tested positive for COVID-19

Tropical Storm Watches issued for portions of the Northern Leewards